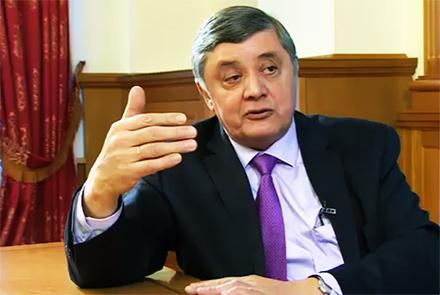 KABUL: Russian special envoy for Afghanistan Zamir Kabulov prefers that all parties to the conflict in Afghanistan agree on the establishment of an inclusive and transitional coalition government.

In an interview with ‘Sputnik’, when asked about the Taliban’s alleged agenda to take complete control of Afghanistan, the Russian envoy stated that it would be a bad scenario if the Taliban insisted on such an approach. However, he said, Russia believes it would be good if there was a transitional coalition government in place in which the Taliban had political status.

Kabulov said the peace talks in Doha have failed and he called for the peace process to proceed in the Moscow format where there is also the presence of the U.S., Russia, China and Afghanistan’s neighbouring nations.

He said that the talks in Doha are only about making contact, not peace negotiations. “I have been assigned a task by the leadership to facilitate the start of intra-Afghan talks by undertaking discussions within the framework of a (three-way party meeting) which includes Russia, the U.S. and China. We have agreed about such a meeting with U.S. Special Envoy Zalmay Khalilzad; there is a possibility that this meeting will be held in Moscow,” Kabulov told ‘Sputnik’.

Taliban’s insistence on the return of the emirate will jeopardize the peace process, he claimed. “If the discussion is focused on taking complete control, this will be a bad scenario.”

The Russian envoy added that delay in starting “real” peace talks led to the Taliban’s expansion of their area of influence by exploiting the Afghan government’s reluctance to engage in a key dialogue, which he said now controls 75 per cent of Afghanistan’s territory.