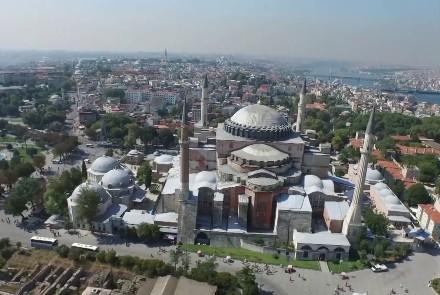 KABUL: Tolo News has obtained details of the guiding principles for the Turkey conference shared with the Afghan Republic and the Taliban negotiators by the U.S., Qatar, Turkey and the UN. The document has nine articles and the relevant parties to Afghan peace are expected to reach a unified stance on it ahead of the Turkey conference.

The guiding principles include a permanent and countrywide ceasefire, conducting joint efforts for peace without mutual blaming, political participation under Islamic principles, transitional administration, equal rights for all citizens without discrimination, support for the rights of all Afghans, sincere efforts to achieve real coexistence, implementation of balanced social and economic plans, allowance of humanitarian workers’ activities, maintaining Afghanistan’s friendly relations with the region and the world, preventing Afghanistan from becoming a source of threats to other countries and protecting Afghanistan from external interference.

The document says that Islam, people’s traditions and preserving Afghanistan form the basis of national unity in Afghanistan. Regional and neighbouring countries should prevent the infiltration of foreign fighters into Afghanistan. Transparent and free elections should guarantee Afghanistan’s political future and there should be a guarantee to prevent the repeat of a civil war.

Sources at the Presidential Palace said U.S. Special Representative for Afghanistan Reconciliation Zalmay Khalilzad has shared the agenda of the Turkey conference and that all sides are prepared for the summit. But the Taliban said that they have not made a final decision on their participation in the meeting. “I don’t think that the Taliban will attend the Turkey conference if the withdrawal is not announced and if the Doha agreement is not implemented,” said Jalaluddin Shinwari, a former Taliban member.

Sources close to the Taliban said that the group is seeking the release of its 7,000 prisoners and the removal of their leaders’ names from the UN black list in exchange for 45 to 90 days presence of U.S. forces following the May 1 deadline.

“We will no longer release any prisoners to test the Taliban (will for peace),” First Vice President Amrullah Saleh said at a gathering in Kabul on Sunday.

Meanwhile, Abdullah Abdullah, head of the High Council for National Reconciliation, said he has received the final draft of the republic’s peace proposal from the sub-committee of the Leadership Committee of the reconciliation council. The plan will be presented at the Turkey conference on behalf of the Afghan government once it is approved by the Presidential Palace.

According to the reconciliation council, the proposal stresses the need for preserving and strengthening the current Republic system, citizens’ rights, human rights, freedom of media, freedom of speech, election, preservation of national institutions and permanent end to the war.