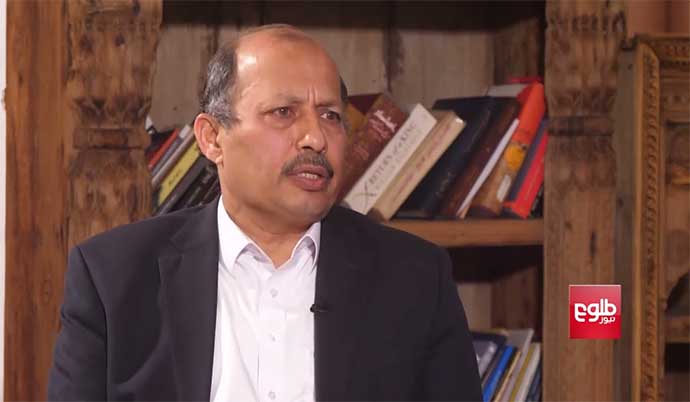 Pakistan’s ambassador to Kabul has expressed concerns over the presence of foreign terrorist groups in Afghanistan and warned that their presence threatens Pakistan and the region. Ambassador Mansoor Ahmad Khan told Tolo News’ Hamid Bahram that al-Qaeda and Daesh pose a threat.

“Terrorist organisations present in Afghanistan have been posing threats to the security of Afghanistan as well as to other countries, including Pakistan. Daesh is there, remnants of al-Qaeda are maybe there. There are other elements like TTP, Baluch insurgents… and many other groups,” Ahmad Khan said.

He also talked about terrorist threats along the Durand Line. Ahmad Khan said that Islamabad seeks to expand relations with Kabul. “The fence was erected or installed in the previous years when cross-border terrorism was at its highest and one of the ways the Pakistani state, Pakistani government, thought of dealing with this issue… was to erect a fence,” he said.

The Islamic Emirate didn’t comment; however, it has repeatedly denied the presence of foreign terrorist groups in Afghanistan and pledged that Afghan soil will not be used against anyone.

The Pakistani ambassador said that Islamabad has been trying to improve trade, social, economic and political ties with Kabul.

Pakistan is accused of providing safe havens to terrorist groups and was placed on the gray list by the FATF (Financial Action Task Force) in June 2018.

Tensions between Kabul and Islamabad have been on the rise over the Durand Line. While Pakistani officials have emphasised the need for completing fencing along the Durand Line, the Islamic Emirate has said it will not allow any more fencing.