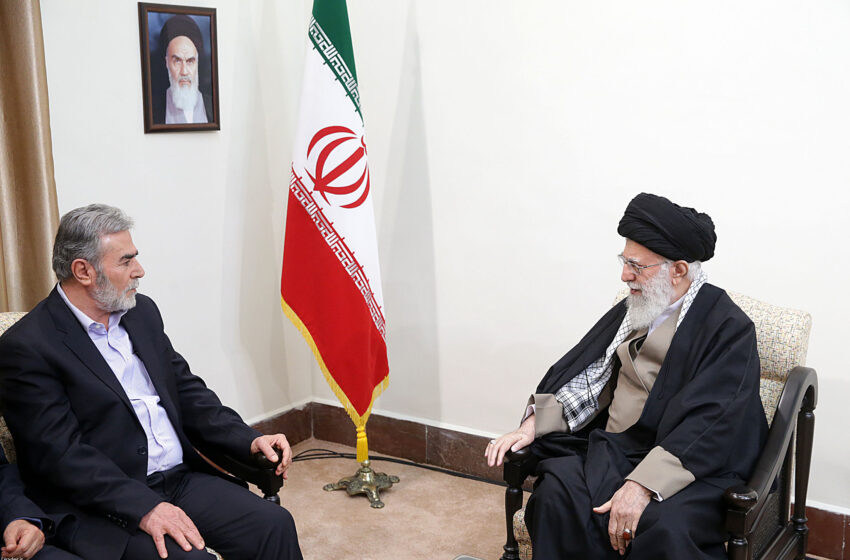 Three days of bombing by Israel of the Gaza Strip ended late on Sunday when a ceasefire mediated by Egypt, took effect. The sudden and steep escalation of hostilities triggered by Israeli air strikes, was apparently to ward off rocket attacks by Palestinian Islamic Jihad.  The group founded by Palestinian activists more than 40 years ago, wants a sovereign and Islamic state of Palestine within the pre-1948 borders, meaning before the Jewish state was founded. Now you know what they think of Israel.

What caused Israel to start a bombing campaign on Gaza?

The flashpoint for the current conflict was the arrest of Bassem al-Saadi, the head of Islamic Jihad in the West Bank, in Jenin. Social media footage showed him being dragged away by Israeli forces, following which the PIJ went on alert. Anticipating rocket attacks, Israel launched ‘Operation Breaking Dawn’ on Friday.  Israel says Islamic Jihad fired more than 600 rockets at Jewish communities, about a third of which fell short. The Israelis say their Iron Dome missile defence system intercepted most of the rest.

Casualties so far, 31 killed and 257 wounded. The death toll included two PIJ leaders: Tayseer Jabari, the group’s commander in northern Gaza and Khaled Mansour. Jabari was one of the most prominent leaders of the Saraya al-Quds (the military arm of the PIJ movement) who was believed to have conducted several operations against Israel in the past

What has been the fallout?

An Egyptian-brokered ceasefire has, so far, held. Israel claims the fact that Hamas did not join the operations is a major psychological victory as it has driven a wedge between the Palestinian resistance group and Hamas. The PIJ has claimed victory and claims some key leaders held by Israel including al-Saadi will be released, something which Israel has denied.

The result is a challenge to Hamas. PIJ, like Hamas, is funded by Iran to the tune of around $150 million per year. This complicates life for Hamas who is also involved in governing Gaza and has been seen as having softened its tone towards Israel due to economic incentives such as work permits for Palestinians in Gaza. PIJ is not interested in governing, which means no compromise with Israel.

Tensions between Hamas and Iran are also growing since the former has refused to fall in line with a Tehran plan for a broad alliance of the Syrian regime, Hamas and PIJ against Israel. Inevitably, Iran has moved closer to the PIJ.

For now, the status quo is likely to hold but Egypt’s role is crucial here. Given its geographical location, arms and money have been smuggled through Egypt to the PIJ, something which Iran’s late General Qasem Soleimani used to do. If Egypt decides to strong-arm the group, there will be problems for it.

In the longer term, the fact that the PIJ leader Ziyad Al-Nakhalah was in Tehran throughout the strike speaks volumes. Clearly for Israel neutralising the PIJ will be the key as it is now a strong Iran proxy. Tehran hopes to use the PIJ to up the pressure on Israel and balance off the Western push for an anti-Iran coalition bringing together the Gulf Arabs with Israel.