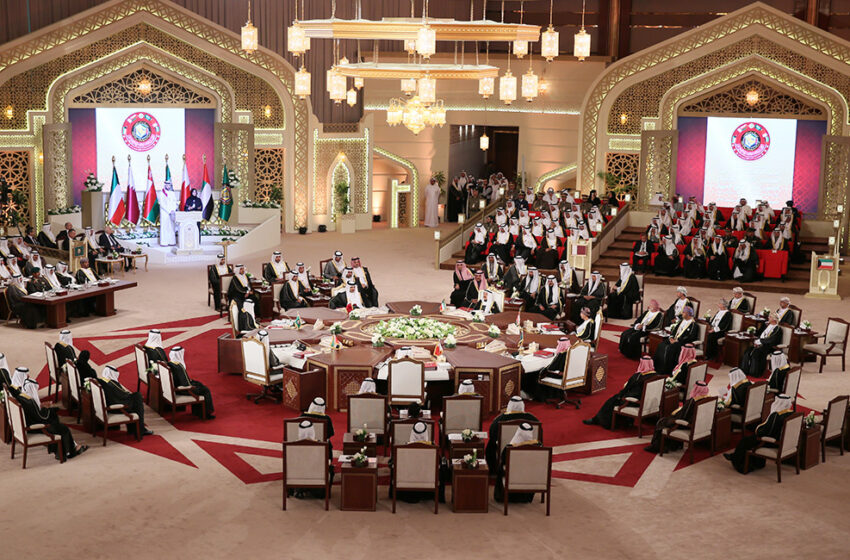 NEW DELHI: On Tuesday, six oil and gas rich kingdoms of the Gulf Cooperation Council (GCC—Saudi Arabia, UAE, Bahrain, Kuwait, Oman and Qatar) will gather in Riyadh for a key summit that could see the lifting of the three-year long blockade of Qatar. The timing is interesting as it will coincide with the U.S. electoral college formally endorsing the victory of president-elect Joe Biden. But more of that later.

First, the GCC summit. It offers a fascinating glimpse into Arab politics where friendships and alliances remain fluid. In this case, three members of the GCC—Saudi Arabia, UAE and Bahrain—have been blockading fellow GCC member Qatar, demanding it sever ties with the Muslim Brotherhood and with Shia Iran and shut down the TV channel Al Jazeera among others. Although Kuwait and Oman have tried to play honest broker, Qatar with its vast reserves of gas and the support symbolised by the U.S. presence at the Al-Udeid base, has refused to comply.

President Trump’s son-in-law Jared Kushner took a stab at ending this fight between U.S. allies last month, with what effect is unclear. Although the Saudis and the Qataris expressed their gratitude, the latter is playing hardball. At a recent meeting of GCC foreign ministers, Qatar sent a junior minister who is not a member of the royal family, a calculated insult. Add to that, with only hours to go for the Riyadh summit to open, it’s not clear that Qatar’s emir Sheikh Tamim bin Hamad al Thani will attend.

This is where the timing of the summit is interesting. With the Electoral College all set to formally certify Joe Biden the winner of the elections in Congress, the Gulf Arabs are scrambling to ensure they are on his right side come January 20 when he is inaugurated as president. Biden is widely expected to end sanctions against Iran and restore the nuclear deal (called the Joint Comprehensive Plan of Action). The Sunni Saudis remain bitterly opposed to Shia Iran but rather than Riyadh backing the Biden initiative on Iran, they hope to save face by getting the GCC to support it. The Saudis probably hope that Biden may then back off on the murder of journalist Jamal Khashoggi, who is widely believed to have been killed on the orders of Saudi Crown Prince Mohammed bin Salman.

The UAE has its own compulsions. It will have no truck with Islamism, therefore its dislike of Qatar’s support for the Muslim Brotherhood, likewise its hobnobbing with Iran and the ragbag of militias like Hamas and Hezbollah. But the UAE also wants to be acknowledged as Washington’s most crucial ally in the region, therefore it would like the U.S. to pull out of Qatar’s Al-Udeid base and shift to the UAE. To this end, the Emiratis have supported U.S. attacks on Al Qaeda in Yemen. Observers have also noticed a more hard-power foreign policy from the Crown Prince with an increasing eagerness to get involved in conflicts in West Asia.

Such calculations may have also contributed to some of the Gulf states establishing diplomatic ties with Israel, although the Saudis have yet to do so.

What then can one expect from the GCC summit? Perhaps carefully worded statements supporting Gulf and Arab unity and the possible easing of the air, shipping, and land blockade of Qatar. It would be a bitter pill to swallow for the Saudis, the UAE and Bahrain, given that Qatar has shown no sign in all these years of complying with their demands.