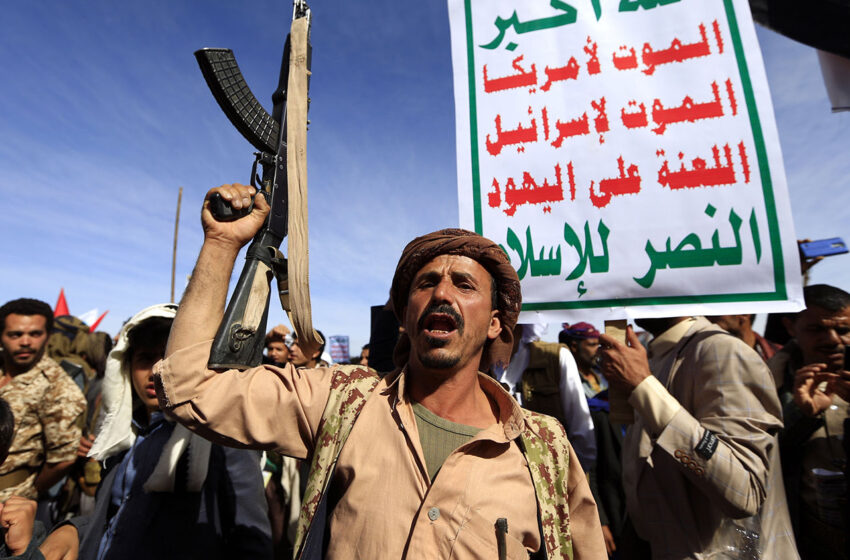 NEW DELHI: It was perhaps inevitable that at some point the eight year old Yemen conflict would impact India. The seizure by the Houthis of the UAE-flagged Rwabee vessel on January 2, which had seven Indian crew members on board, and the killing of two Indian nationals in a Houthi drone attack on the UAE, could be only the beginning. With the Houthis promising more drone attacks on the UAE, it is more than likely that Indian nationals, who make up the largest diaspora in the region and also work in strategic sectors like oil, will be caught in the crossfire.

India has already condemned the kidnapping of the vessel with UN Permanent Representative TS Tirumurti calling on the Houthis to “immediately release the crew members and the vessel,” in a speech at a UNSC meeting on Yemen. But statements aside, there seems little that New Delhi can do. While India has good relations with all parties – the UAE, Saudi Arabia and Iran, the last are said to be the Houthis’ backers – observers believe that New Delhi must make contingency plans on tackling such incidents in the future.

“India will have to rely on international agencies such as the UNMHA (United Nations Mission to support the Hudaydah Agreement) to ensure an agreement between the Houthis and the UAE. It will not be able to do this on its own,” says Alvite Ningthoujam, Assistant Professor at Symbiosis University who specialises in West Asia

The other problem for New Delhi is the continued fighting between the UAE and the Houthis. Despite withdrawing its forces from Yemen, the UAE has two key reasons to remain involved in the war-torn nation, one of which involves oil. The UAE controls two islands – Perim and Socotra – that are part of Yemen. Perim Island is at the mouth of the Bab el Mandeb strait which lies between Yemen and Djibouti. According to a report by the US Energy Information Administration (EIA) in 2019, “6.2 million bpd flowed through this strait which was about 9 percent of total seaborne trade in petroleum.”

Control of the strait is strategic and is playing a significant role in regional geo-politics. West Asia observers say that the UAE is believed to have established military bases here and even invited Israeli forces to Socotra. This is anathema to Iran. Add the role of the “Giants Brigade”, a UAE proxy militia that early this month drove the Houthis out of the oil rich southeastern province of Shabwah. This action may have provoked the Houthi drone strike on Abu Dhabi.

Talmiz Ahmad, former ambassador to Saudi Arabia, Oman and the UAE says there have been over 4,000 drone attacks on Saudi Arabia by the Houthis since 2015. He believes that the divergent goals of all the actors ensures there is little point for compromise.

“Iran sees no advantage in giving up sending drones to the Houthis. It gives them deniability and is a low-cost method by which to pressurise both Saudi Arabia and the UAE,” he notes, adding that “For Saudi Arabia, securing Yemen is essential to safeguarding its borders as it and the UAE do not want an Iran-backed Shia group in its vicinity. For the Houthis, they feel they have a right to be part of a coalition government in Yemen and see no reason to stop fighting.”

The conflict is likely to get bloodier partly because of the United States. Although President Biden had made the ending of the Yemen war a priority in his first foreign policy speech, a year on that promise is all but forgotten.

The US’s $650 million arms sales to Saudi Arabia last year and its recent statement blaming the Houthis for escalating the conflict, has signalled to both Riyadh and Abu Dhabi that they can do what they like. The response from the Houthis will be obvious: more drone attacks and more potential hostage crises, with little intervention from the international community

“The problem is that apart from the Saudis and the Emiratis there is no strategic interest in Yemen. No other role player sees any advantage in getting involved,” says Ambassador Ahmad. So, when the big boys refuse to intervene, India may see no purpose in doing anything that could upset its strategic partners in Jeddah and Abu Dhabi.