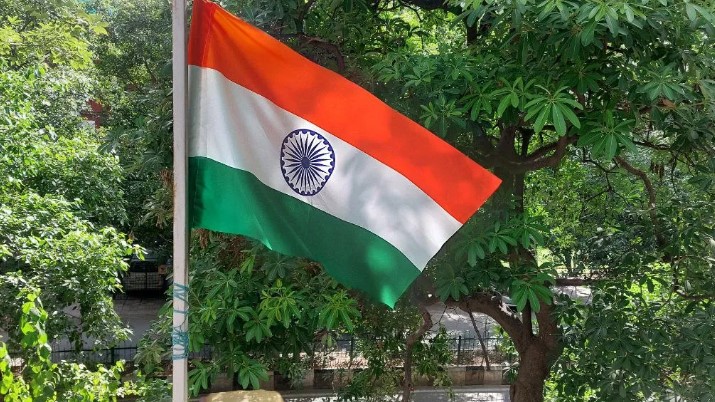 NEW DELHI: In July this year, the number of transactions on the Unified Payments Interface (UPI), the payment backbone of India, aggregated a record 6.28 billion. Six years ago, it was less than 100,000.

This is the digital footprint generated by an estimated 200-250 million people, merchants using UPI. And, this is from just one slice of India’s new data economy. The digital footprint of individuals is emerging as the means of economic empowerment—signalling the rebirth of India, this time as a ‘Data Democracy’.

Seventy-five years ago, India realised political freedom by breaking the shackles of colonial rule. In the next 25 years, its people, especially the disenfranchised and vulnerable 500 million at the bottom of the pyramid, will, if all goes to plan, break out of poverty riding the rails of the new digital economy.

Cumulatively, Indians, even those outside the top one percent income bracket, are steadily building their personal digital footprint as they gradually join the formal economy. This could, for example, be leveraged to access credit. Significantly, a large chunk of these people will be first time borrowers.

This will be the defining shift for a Data Democracy wherein a billion-plus people can take advantage of their digital footprint to make verifiable claims and digitally access services, products and opportunities.

In short, India is poised for another tryst with destiny.

The beauty of this unique digital economy being forged by India is two-fold:

One, it is based on an open digital architecture. In other words it provides a state-of-the-art digital highway that anyone, government or private sector, can use to create innovations either for mass or niche use.

Second, it enables universal access by lowering the cost of onboarding; thereby building for inclusion and scale, something so critical for India with a population size of 1.3 billion.

The outcome of India monetising an individual’s identity and thereby democratising access to payments, health, social welfare and most recently Covid-19 jabs is proving to be a game changer.

Like I always say these are unique and inspirational stories of unprecedented transformation of a country that has long performed below its potential, and hence need to be celebrated, told and retold.

The story about India’s Data Democracy began in 2009 with the project to set up Aadhaar, the 12-digit unique identity accorded to all those residing in India. To execute this idea—which originated during the tenure of the National Democratic Alliance-led by Atal Bihari Vajpayee—the United Progressive Alliance-led by Manmohan Singh inducted Nandan Nilekani, the co-founder of Infosys. The project just about survived the UPA’s tenure as palace intrigue in the union cabinet almost nixed the idea.

The incoming NDA led by Narendra Modi embraced Aadhaar and has weaponised it to tremendous advantage—especially in using it to identify and reward beneficiaries with economic cheer in the two years after the Covid-19 pandemic devastated India.

Built on open protocols, DPGs or digital building blocks—also called the India Stack—are by design interoperable and free for anyone to use. As opposed to the closed platforms like Facebook and Google that dominate the digital world.

This is akin to building a highway and allowing anyone to use it to ply a vehicle of their choice or to transport goods.

In turn, the DPGs have been used to create Open Digital Ecosystem (ODE) which permit these digital building blocks to be mixed and matched—either by government agencies or the private sector—allowing for inter-operability (a feature that allows any wallet, bank account to transact with each other using UPI).

This feature enables the creation of customised and innovative digital solutions at scale to resolve development challenges like inclusion and social payments. Most recently they were deployed to roll out the national jab programme—which has clocked two billion vaccines.

The outcome and scope of this digital economy is compelling.

Previously in India access to most public resources was either a privilege or a favour. In short it was an exceptions-based regime, which fostered cronyism, corruption and sloth.

A few examples would suffice to prove my point. The landline telephone was a rarity and in fact a status symbol, while it should have meant nothing more than spelling the death of distance. Similarly, withdrawing money from your bank account meant a time-wasting trip to a dedicated branch, braving queues to only suffer the clerical atrocities of the Teller and their team.

The launch of the cell phone revolution and later the ATMs enabled disintermediation, working wonders for the ease of living. However, once again there was a barrier to universalising these utilities—more than two-thirds of Indians did not own a bank account.

By weaponising identity, India resolved for KYC, enabling onboarding at low cost and thereby dismantling the glass ceiling of access. Today most Indian households own a bank account.

Even better, this was combined with their mobile and Aadhaar to create JAM—Jandhan (no frills bank account), Aadhaar and Mobile.

This in turn generated an economic GPS for the government to identify the beneficiary correctly. In fact the money transfers to 200 million beneficiaries during the lockdown phase of Covid-19 was carried out using this mechanism developed from a DPG.

A key aspect of India’s digital economy is that it is built to scale. By keeping onboarding costs to the minimum it has been to achieve inclusion. The gains be summed up as follows:

Clearly the digital building-blocks approach has helped India overcome the challenge of silos to enable KYC and information exchange. The stage is set to now combine these building blocks to accelerate the pace of societal development, especially in onboarding the next 500 million Indians.

The resulting network effect will provide unprecedented momentum to the Indian economy. The socioeconomic benefits of this will be staggering. To put it simply, India’s best is yet to come. Jai Hind.