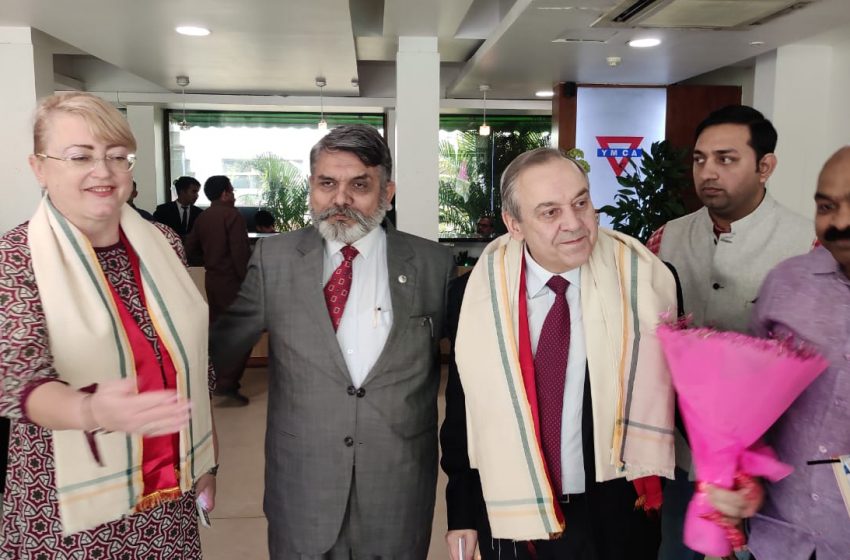 NEW DELHI: Amid the hoopla over Namastey Trump, the visit of a delegation from Crimea passed virtually unnoticed and for good reason: The head of that delegation Georgy Muradov has been sanctioned by the US. Muradov is a key figure in the territory which Russia annexed in March 2014.  He is both deputy chairman of the council of ministers (meaning cabinet) and the key official overseeing the merger with Russia.

So the visit was low-key, with Muradov meeting no officials, confining his interaction with businessmen, Russian language teachers and students. There were an estimated one thousand Indian students in Crimea studying medicine and other disciplines around the time of the annexation.  Their numbers may have come down but that remains unclear.

If there were no official meetings then why the visit?  South Block’s policy of balancing the US and Russia has been pretty obvious, and Muradov’s visit may have been intended to send a signal to Moscow.  Recall former NSA Shivshankar Menon indicating in a statement in 2014 that Russia’s annexation of Crimea (then a part of Ukraine) was driven by legitimate security interests that needed to be discussed.  But a media briefing was abruptly called off.

The Indian action did not pass totally unnoticed and US authorities reportedly voiced their concerns about the delegation’s visit even before the Trump-Modi meet. Despite sanctions, Muradov has been active.  Last year he offered to help Iran transport crude oil through Crimean ports.

Muradov’s visit underscore’s Delhi’s determination to enhance its interests with the US while at the same time ensuring it does not become dependent on a mercurial and unpredictable Trump. Russia, despite its perceived proximity to China (which renders unease here), remains a bet South Block will not overlook.