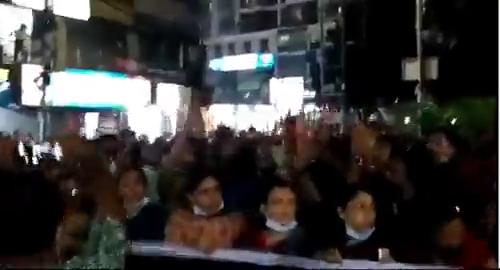 Protests in Chittagong against attacks on Durga Puja pandals and Hindus in Bangladesh. (Photo: @KanchanGupta)

NEW DELHI: Among the conclusions being drawn from the attacks on Durga Puja pandals all over Bangladesh is that these were planned and there were two targets: Sheikh Hasina, for the hard line she has followed against Islamist groups at home and her close relationship with India. “Sheikh Hasina has been tough with the Islamist groups,” says Shantanu Mukharji, former intelligence officer who served in Bangladesh, “and I have little doubt that her promise to ‘hunt down’ the perpetrators of the puja pandal attacks will be carried through. But she may have also been rattled by the attacks persisting despite deployment of the Rapid Action Battalion and the border guards.”...Read More