A normally traffic-choked road in downtown Yangon is deserted during the silent strike on Dec. 10. / Clean Yangon

Myanmar’s people collectively showed their defiance of the junta with a successful nationwide silent strike on Friday, making it clear once again that the regime would never be allowed to rule them, despite its seizure of power from the country’s democratically elected government in a February 1 coup.

Roads in cities across the country, including the commercial capital Yangon, the second-biggest city Mandalay and the administrative capital Naypyitaw, were deserted as people stayed home and shut down their businesses to join the strike.

Small vendors, local wet markets and wholesale markets were no exception, having shared the call to strike by word of mouth in the preceding days.

A local resident living near Hledan junction in Yangon’s Kamayut Township said the usually busy roadsides of her neighborhood had been quiet since morning, with shops and stalls closed and people staying off the street. 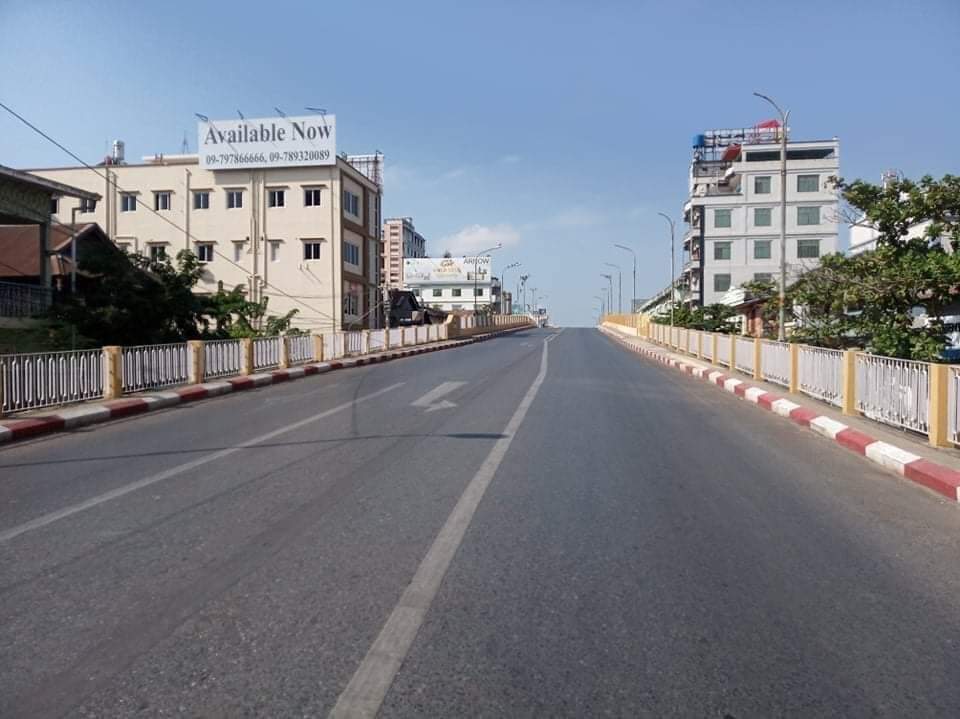 Maha Aung Myay, a grocery shop owner in Mandalay’s Sein Pan ward, told The Irrawaddy that he closed his shop for the whole day to participate in the silent strike.

He said junta forces on Thursday told people not to participate in the strike and promised to provide sufficient security for those who kept their businesses open. But the people defied their announcement and joined the strike anyway.

Nearly all supermarkets, shops and restaurants in Mandalay, including the Zay Cho market—the city’s busiest—and the Mahaaungmyay gem market, were closed on Friday.

In Meiktila, where the military’s proxy Union Solidarity and Development Party has a strong presence, authorities traveling in cars instructed locals to keep their shops open and not to participate in the silent strike.

A resident said, however, that only a few shops linked to the military and ward administrators were open in the town.

Even in Mandalay Region’s military-dominated town of Pyi Oo Lwin, which is home to the army’s officer training academies, photos shared by locals showed deserted streets and markets. 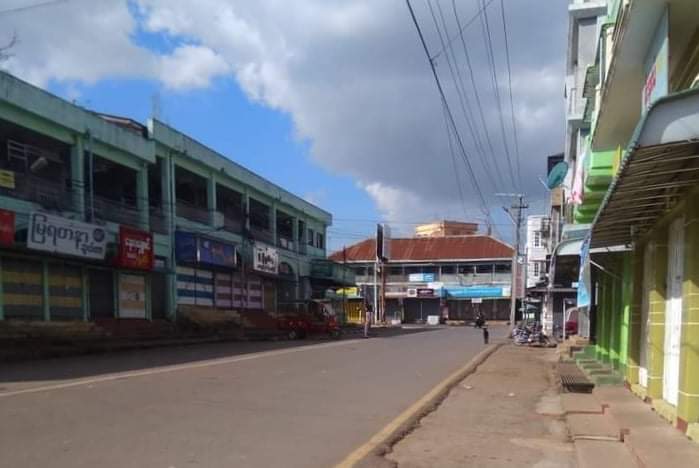 In Naypyitaw, the normally bustling Thapyaygone and Myoma markets were deserted after 10 am.

“This time the silent strike is more successful than the previous one [on March 24], with the whole city totally deserted, and not even a passerby or deliveryman in sight,” a Yangon resident said.

Myanmar people staged a silent strike on March 24 to disprove the junta’s claim to have reasserted “normalcy” in the country after the coup. It had a big impact, with the streets of Yangon and other cities practically deserted.

Timed to coincide with Human Rights Day, which falls on December 10 every year, Friday’s silent strike was intended to demonstrate the Myanmar people’s continued opposition to the junta and to send a message to the world about the regime’s ongoing human rights violations and atrocities.

In response to the strike, the junta forces seized some goods from roadside stalls left unattended in Kamayut Township and arrested three people for clapping in Mayangone Township, Yangon, when locals broke into a round of applause at 4 pm to celebrate the success of the strike. A small pro-junta rally was also held in Yangon amid the silent strike.

Myoma market, one of the busiest markets in Naypyitaw, deserted on Friday afternoon as the whole country shut down to observe a silent strike. (Photo: CJ)

In Bago Region’s Pyay, local media outlet Myaelatt Athan reported that regime forces kicked and destroyed the doors of closed shops. Three shop owners who were spotted by patrolling regime forces were beaten and sworn at for closing their businesses.

The military seized power from the democratically elected government led by Daw Aung San Suu Kyi on February 1 and formed its so-called governing body, the State Administration Council. Struggling to rule the country in the face of public resistance, the regime has in recent months escalated its crackdown on opponents of its rule.

According to one rights group’s count, regime forces have killed at least 1,323 civilians and arrested some 10,800 people over the past 10 months.