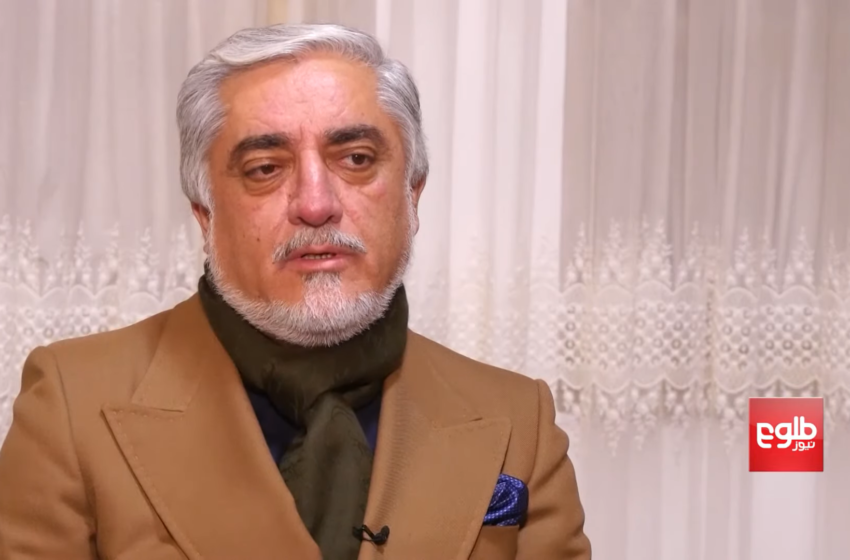 KABUL: The US-Taliban agreement—signed in Doha in February—cannot be the basis for all topics that will be discussed in the peace negotiations in Qatar, said Abdullah Abdullah, the head of the High Council for National Reconciliation, reiterating that Afghanistan needs inclusive peace.

The negotiations in Doha have been paused for the last many weeks over disputed points on the ground rules. The disputed points include the religious basis for the talks and the connection of the US-Taliban agreement with the process.

The Taliban is insisting on Hanafi jurisprudence to be the religious basis for the talks and the US-Taliban agreement to be a political basis for the negotiations.

In an interview with TOLOnews this week, Abdullah said the country will face a war for years if the Taliban refuses to quit violence. “The Islamic Republic of Afghanistan has not ignored the (US-Taliban) agreement but it cannot be the basis for all our discussions. Afghan community wants peace that represents views of all the people of Afghanistan,” Abdullah said.

US news agencies report that US President Donald Trump is pushing for an early withdrawal from Afghanistan, something that has created concerns within the country and by some countries in the region.

“We’ll see if the decision is made by January or earlier but it’s a decision that will be made by the United States,” Abdullah said. “If the Taliban decides to continue the war and does not show any flexibility in the negotiations, it will mean the continuation of the war for many years.”

Abdullah said that countries in the region want peace in Afghanistan, referring to his recent visits to Pakistan, Iran and Uzbekistan.

“We have had a different past in our relations with these countries. They assured that they will not act like the past, will not have a preference in Afghanistan, and will accept the peace that is acceptable for Afghans,” Abdullah said.

The head of the reconciliation council said the release of Taliban prisoners by the Afghan government has not led to the expected outcome, adding that the inauguration of the negotiations between the government and the Taliban is a good step for peace efforts.