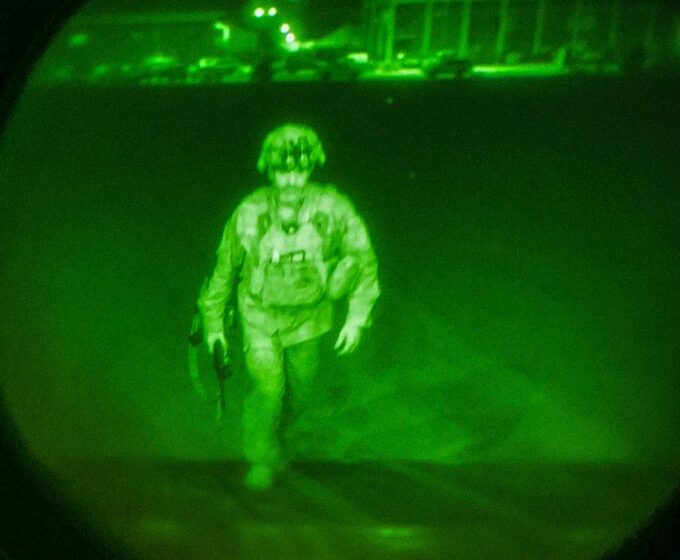 NEW DELHI: On February 15, 1989, Gen. Boris Gromov, commander of the Soviet 40th Army in Afghanistan walked down the Friendship Bridge over the Amu Darya river into Uzbekistan, signalling the end of the decade-long Soviet invasion and occupation of Afghanistan.

A little over three decades later, his U.S. counterpart Maj. Gen. Chris Donahue left Kabul airport in the now familiar American manner, catching a flight a little before midnight on Monday. And unlike the Soviets who backed Afghan President Najibullah for the next three years, the Americans showed little compunction in washing their hands off their Afghan allies, leaving thousands who had fought with them to the tender mercies of the Taliban.

As Amrullah Saleh, head of the national resistance front in the Panjsher Valley told ‘60 Minutes’ in an interview recorded earlier: “We say our enemy is not defeated. Your stated goals are not achieved, your promises are not fulfilled. The morality, politics and principles of being a superpower requires you to be here.”

The Afghans will join a long list of people who America has co-opted in its many wars, only to abandon them when it had no stomach left to fight any more. Some Afghans, like Saleh and Ahmad Massoud, say they will continue the fight. But for how long?

The Taliban in Kabul is currently distracted by the demand for governance. They need to get their act together before others in Jihad Inc. sense a weakness and try to move in. The suicide bomb attack on Kabul airport which killed at least 200 people, is seen as Islamic State Khorasan advertising its intention to dislodge the Taliban. Doubtless, there will be others.

The Taliban have made some peace overtures, promising no revenge attacks and urging Afghans with skills not to leave the country. After having borne the brunt of a murderous terror campaign over the last few years that has seen hundreds of people die, few may be willing to trust them. But if the Taliban is able to deliver peace to an exhausted and traumatised nation, there could be reason to hope.

The alternative could be more war. As Amrullah Saleh put it: “We will continue because we are from here”.