‘QUAD Rotors Are In Place, Time For Liftoff’ 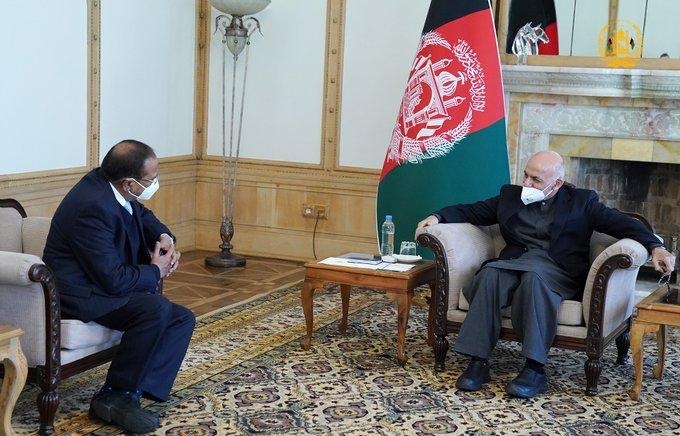 NEW DELHI: In a publicly unannounced meeting between Afghan President Ashraf Ghani and India’s National Security Adviser Ajit Doval in Kabul “both sides discussed expansion of cooperation in countering terrorism between the two countries, and strengthening regional consensus on the Afghan peace process,” the Presidential Palace said. President Ghani “stressed that India and Afghanistan’s joint endeavours in collaboration with NATO and the U.S. could achieve more success in the fight against terrorism” While NSA Doval will bring back his assessment on the situation in Afghanistan, there have been calls for New Delhi’s increased role in training and military assistance as the U.S. draws down its troops. On November 18, 2020, the Trump administration announced halving its troop strength from 5,000 by January 15, 2021, five days before Joe Biden takes over as President. Afghanistan’s NSA Hamdullah Mohib hosted his counterpart and a high-level delegation. “The two sides held extensive conversations on issues of strategic mutual interest, including on synchronizing efforts to combat terrorism and build peace,” Mohib’s office said.

There has been slow progress in direct talks between a team of negotiators representing the Afghan Republic and the Taliban, which resumed on January 5 for a second round in Doha, Qatar. On September 12, 2020, India made a break from not officially attending any of the talks that have been held over two years with the Taliban around the world. External Affairs Minister Dr S. Jaishankar was among 18 foreign ministers and dignitaries of key countries and organizations who made online video statements at the inauguration of the Intra-Afghan talks. Also present in Doha was JP Singh, the Joint Secretary who heads the Pakistan-Afghanistan-Iran desk in India’s External Affairs Ministry.

Several Afghan leaders representing different positions and ethnic groups have also made trips to Delhi and met Jaishankar and other officials as India assesses the hand it has in a changing Afghan landscape. On his October 2020 visit, Dr Abdullah Abdullah, Chairman of the Afghan High Council for National Reconciliation, told StratNews Global Associate Editor Amitabh P. Revi  “Should they (India) engage with the Taliban, we won’t have a problem with that.” He made it clear he hadn’t “raised the issue or encouraged it” in his meetings with Prime Minister Narendra Modi or other leaders, adding, “should they (India) continue to have peace engagements in a different way like participation in Doha, that’s also fine. That’s good. That’s what I really encouraged here. It’s okay for us, as long as India’s policy, which is in support of the peace process and inclusive peaceful settlement continues, we will welcome it.”

Modi Gets A Gentle Nudge on Human...