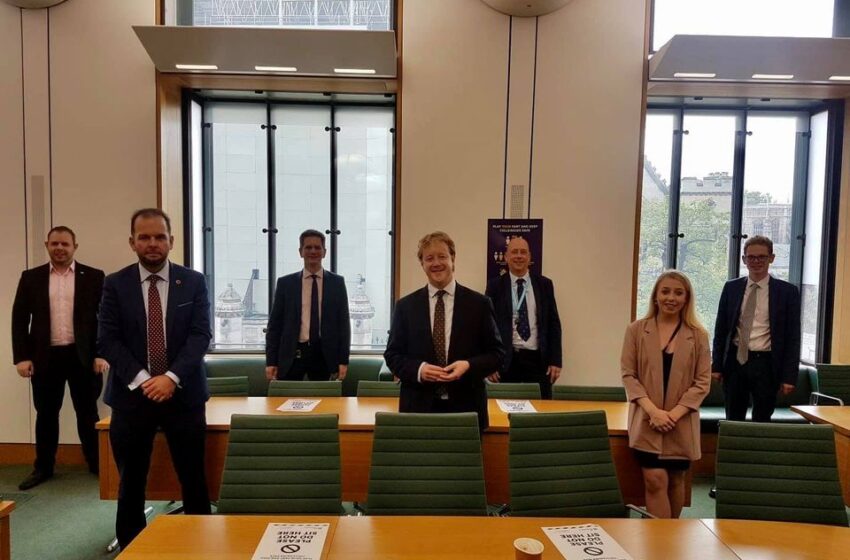 A group photo of the MPs that formed the Conservative Friends of Kashmir.

NEW DELHI: Eighty three Indian diaspora organisations in the UK have taken aim at a Kashmiri group in the Tory party demanding self-determination for the territory. The recently relaunched Conservative Friends of Kashmir (CFI) is driven by seven Tory MPs and their tweet made their intentions clear.

“We have re-launched. We campaign for self-determination and an end to human rights abuses in Kashmir and Jammu. There is growing support for our cause amongst Conservative MPs and activists. Follow us and our work!” the group said on its Twitter handle.

The sudden emergence of this group is attributed to the large number of Kashmiri Mirpuri voters in their constituencies, who cannot be ignored. This even though the Labour party’s defeat in the last elections was partly due to opposition from the ethnic Indian diaspora to the party pushing self-determination for Kashmir.

It underscores another point, that across both Conservative and Labour parties, there are Indian and Pakistani lobbies seeking to influence high level policy.

The Tory move was immediately welcomed by Sardar Masood Khan, Pakistan’s proclaimed president of PoK. “We are immensely grateful to you for re-launching the Conservative Friends of Kashmir. Your voices shine a ray of hope to the wounded Kashmiris in their darkest hours. Besieged, battered, disfranchised – they look towards you and your allies for justice,” he tweeted

British-Indian organisations have written to Prime Minister Boris Johnson, Home Secretary Priti Patel and Treasury Secretary Rishi Sunak, demanding that the CFI be disbanded. They have stated that the group’s objectives “seem nefarious and is seen as directly meddling in the affairs of the Indian sovereign territory.”

Their cause was taken up by Bob Blackman. MP, who warned that “The creation of this ‘Conservative Friends’ group…risks alienating the diaspora that we have worked so hard and for so long, to cultivate and encourage to switch to our party. I cannot emphasize enough how emotive this issue is to our Indian diaspora.”

For now the party high command is quiet given Prime Minister Boris Johnson’s mishandling of the COVID-19 pandemic and the use of emergency measures that have annoyed sections of his own party. Kashmir clearly is not a priority for him right now.

But India needs to stay alert. The UK is no longer a global power but is seen as an upholder of liberal values and its MPs are listened to on the world stage. Then again nowhere else in the world do Sikh or Pakistani-backed secessionists have so much publicity and leeway and that no government – whether Conservative or Labour – has shown any interest in curbing anti-India protests, especially outside its High Commission.

Indian diplomats say there is need for a more active, aggressive dialogue with the UK on these matters. A Biden or Trump may wag his finger, the EU may threaten pro-Kashmir resolutions but the UK is where extremism is most likely to breed, given the close links Pakistani-backed militant separatists have with their counterparts back home.