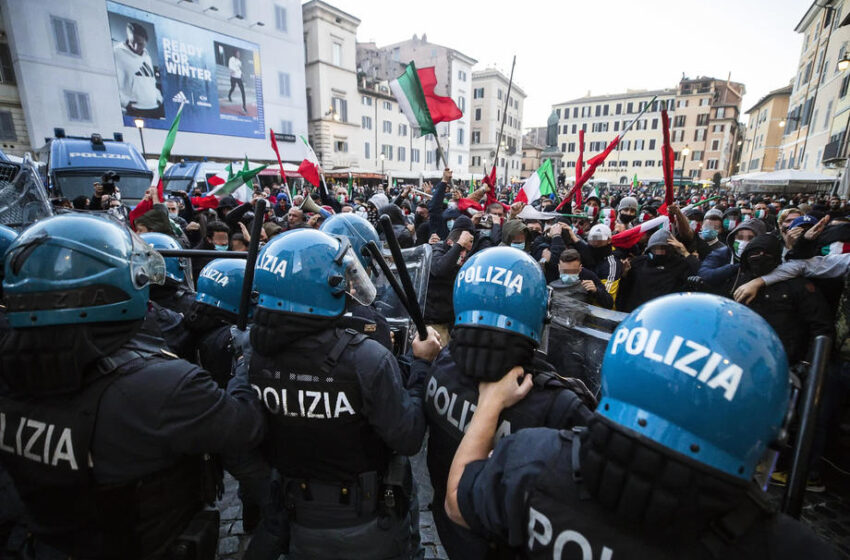 NEW DELHI: Europe is once again the “epicentre of the pandemic.” These alarming words stated by none other than WHO’s Regional Europe Director Dr Hans Kluge showed that despite lockdowns and stringent rules, the 27-member-nation bloc had failed to curb Covid-19. Statistics in the WHO’s weekly report showed that Europe had reported a “5% increase in new deaths, while the other regions reported stable or declining trends.”

Deaths aside, the continent has reported far more new Covid-cases than any other region “Cumulatively, there are now more reported cases – 78 million – in the European Region than in South-East Asia, the Eastern Mediterranean, the Western Pacific and Africa combined,” said Dr Kluge who also warned that if little changed the continent could expect “500,000 fatalities by the end of next February.”

The WHO’s dire warnings may not be enough to bring a deeply divided continent with regards to taking the Covid-19 vaccines. While Western Europe has done far better with 80% in Spain being double vaccinated and in Germany 66%, the crisis continues to permeate in East European nations especially in Russia and Ukraine. In Russia, only 32% of Russians have been vaccinated along with 16% of Ukrainians. The reasons for this are simple, fear of vaccines and complete distrust in the government.

In Ukraine, the distrust is so high that the government directive demanding that all teachers, government employees and other workers be fully vaccinated before attending work has created a booming black market where government documents can be forged at costs ranging from US $100-300. Government officials also told reporters that phony versions of the government’s digital app with bogus certificates already installed on it were available. Given that Russia has seen a record number of daily Covid-related deaths at 1,251 and that Ukraine has become so desperate that it is now willing to pay its citizens 1,000 hryvnias ($38) to take the Covid-19 jabs, this is something that they can ill afford.

“I ask everyone to switch off your social networks and turn on your brains,” Ukrainian President Volodymyr Zelensky said recently in comments to reporters. “We must get vaccinated. It’s the only solution.”

The problem though isn’t just an East European one. Growing movements within key European countries are emerging that are peddling myths about the Covid-19 vaccines alleging everything, that it causes blood clots to government-preventive measures are a violation of their basic rights. This was recently seen in the Netherlands where police recently had to use water cannons on people protesting the newly imposed lockdown. This is despite the fact the Netherlands has broken its own Covid records with 19,200 new cases and the head of the Dutch hospitals association is warning that people coming to them for Covid-19 cases had already reached record levels.

The anti-vaccine protests have also been given a shot in the arm by prominent personalities and celebrities most notable of them being Robert Kennedy Jr. Son of the famed late Robert Kennedy, the die-hard anti-vaccine advocate recently visited Italy where to a thronged, maskless, anti-vaccine crowd, he said that the lockdown measures and the green pass (a card which Italians must carry to show they are Covid-vaccinated but they can enter shops, bars or use public transport etc.) were ways by which government were “usurping citizens’ rights which they would never give back” Kennedy added that if he had to, he would “die for the cause for freedom with my boots on.”

Kennedy’s rhetoric has been disowned by his other siblings. In France, with elections not far away the government’s recent bid to introduce a “health pass” to access basic facilities has ironically had leaders from the far right and far-left come together in opposition of the move. While Far Right leader Marine Le Pen said the pass was an abuse of “personal freedoms”, Far Left leader Jean-Luc-Mélenchon claimed the health pass was a means for “humiliation” which came from an “absolute monarchy (Macron’s government).

Political watchers believe it is social media movements that are the biggest threat. Gilles de Kerchove, EU counter-terrorism coordinator claimed in an interview that while conventional terror threats such as ISIS and Al-Qaeda remained the “biggest security threats”, he voiced concern about the “potential future rise of new forms of terrorism, rooted in conspiracy theories and technophobia”.

Kerchove did not say it but there is growing evidence that groups such as European affiliates of QAnon are springing up all over the country, the most prominent of them being Germany online group Querdenken (Lateral Thinking), that has accused the media and politicians of lying about the pandemic. Facebook deleted 150 accounts and pages of the group believed to have been behind the storming of the German parliament.

French authorities are most worried about the rise of DeQodeurs which they say is a QAnon affiliated group. Banned from YouTube, DeQodeurs still has a website (not yet taken down) where it continues to put forth conspiracy claims on various issues such as 9/11, Bill Clinton and Deepak Chopra being part of Jeffrey Epstein’s paedophile ring and others. On Covid-19, the group firmly urges its followers not to follow the dictates of the “deep state”, which considers protesters as “terrorists”, therefore go out on the streets in full numbers. Such demonstrations can and have already turned violent in Italy with anti-vaccine demonstrators physically attacking journalists.

Growing public anger in Europe against government restrictions coupled by increased hours online due to the pandemic has ensured that more and more angry people may be vulnerable to such extremist theories. What, if anything, European governments can do to curb this without curbing “human rights” is unclear. But what is clear is that they will have to act soon and fast as the pandemic politics shows no sign of slowing down.