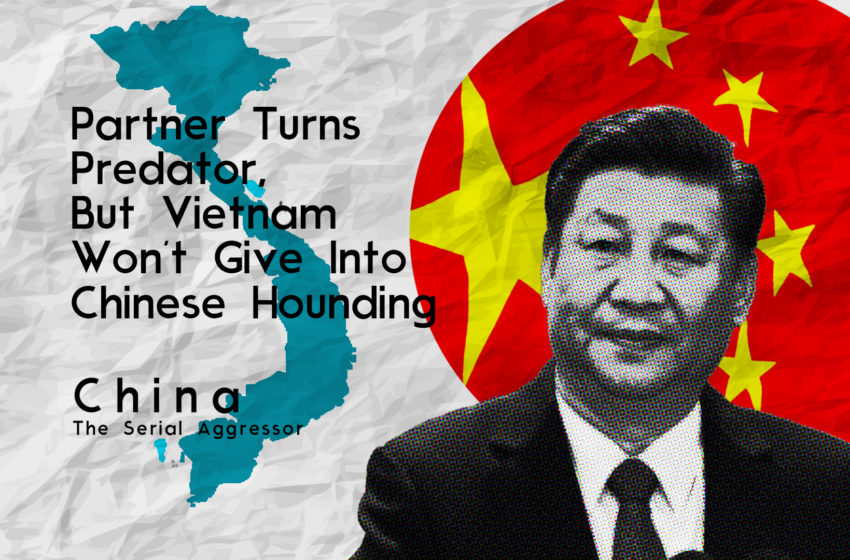 NEW DELHI: In April this year, the Chinese survey vessel Haiyang Dizhi 4 passed close to Vietnam’s exclusive economic zone in what was seen as a warning to Hanoi not to seek world court arbitration over its maritime dispute with Beijing in the South China Sea. Last week, Vietnam gave its answer: as chair of the 36th annual ASEAN summit (virtual, of course) it got the group to agree to a toughly worded statement that United Nations Convention on the Law of the Sea (UNCLOS) is the final word on disputes in the South China Sea.

That didn’t stop China from beginning, on Wednesday, five days of military drills near the Paracel Islands which it has occupied since 1974. The sail of the Haiyang Dizhi was also a signal to Hanoi not to carry out any exploration for oil or gas in these waters. It was also a warning to the world’s oil and gas majors not to strike any deal with Vietnam: it could prove costly for them.

For Vietnam, the only ASEAN state to have fought China (1979, 1988 and 2014), it’s been a relentless battle to counter Chinese transgressions into its waters. Last month a Vietnamese fishing boat was attacked by two Chinese vessels near the Paracel islands. Despite Chinese threats, Vietnam insists that its fishermen continue to fish off the waters of the Paracels. It flies in the face of a ban on fishing by Beijing in the South China Sea from May 1 to August 16 this year.

China’s pressure has been relentless. In April when the Haiyang Dizhi 8 had ventured into waters that Vietnam claims lie within its EEZ, Beijing had claimed the vessel was “conducting normal activities in waters administered by China”. The same month it created two administrative districts for the Paracels and the Spratlys. 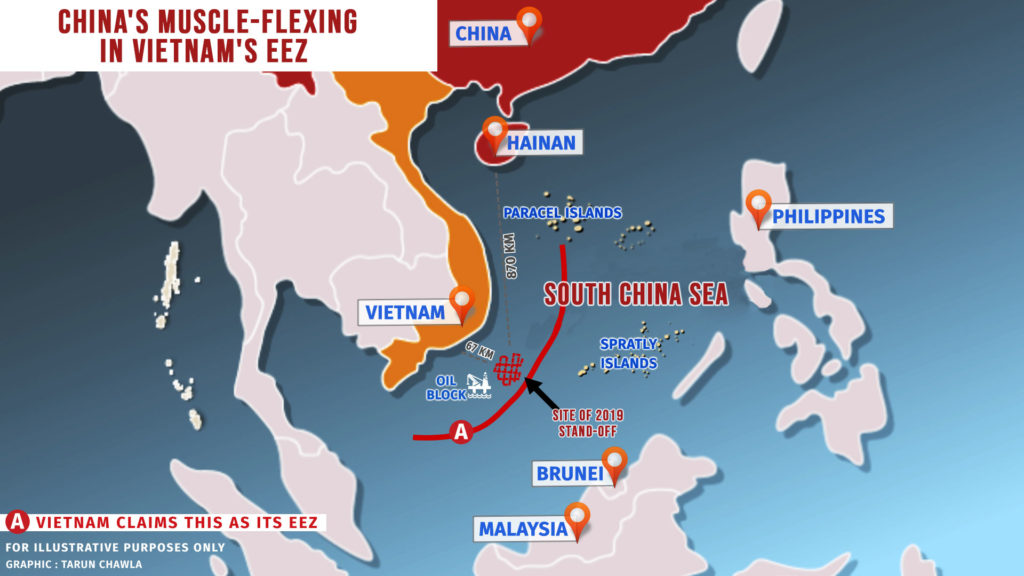 The April-foray by the Chinese vessel into Vietnam’s EEZ had been preceded by another more serious and prolonged face-off last year that lasted many months. It was again the Haiyang Dizhi 8 that was on the prowl in Vietnam’s EEZ, ostensibly conducting an oil exploration survey near a Vietnamese oil block being operated by Russia’s Rosneft. The Chinese vessel remained in the Vanguard Bank area of Vietnam’s EEZ for around three months.

Vietnam’s moves suggest it is willing to push the envelope further, but how much further is the question. On the legal front, it is reported to be preparing an appeal to the Permanent Court of Arbitration, basing its argument on UNCLOS. But even if it wins, the verdict cannot be enforced, given that China says it has no jurisdiction. Nevertheless, Vietnam may see a positive verdict as further proof of the illegality of China’s actions. The Philippines had won a similar verdict in 2015 which negated China’s 9-Dash Line, but Beijing still remains in control.

The irony is Vietnam and China have much in common. They share over 1,300-km of common border; both countries are ruled by communist parties that tolerate no rivals; both countries have embraced the free market with “socialist characteristics”; China is Vietnam’s largest trading partner; they are also “strategic partners”. Despite all that, competing nationalist visions have driven them apart with China leveraging its size and weight to disproportionate advantage.