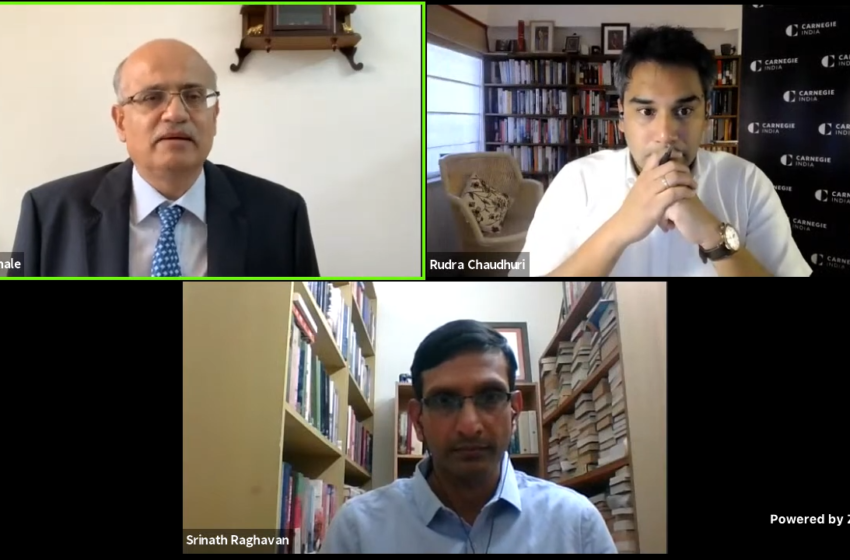 NEW DELHI: Beijing has no reason to be anxious about the Quad. Such sentiments voiced by former foreign secretary and China expert Vijay Gokhale, on the day the virtual Quad summit at the head-of-state level is being held, is welcome news for those who believe that apart from the Galwan clashes, Chinese apprehensions about the closening of ties between the four-member nations is a major hindrance to any normalisation in India-China ties.

Speaking at a seminar entitled ‘India-China: The Road from Galwan’ Gokhale pointed that it was important to distinguish between what he called India’s “Indo-Pacific vision” and the role of the Quad which he said should be seen and understood by Beijing “as a platform for discussion” rather than as a bid to contain China.

“India has taken a much more mature stance than China on this front. Let us not forget that China functions in two quadrilaterals, the first is with Pakistan, Afghanistan, Tajikistan and another formed during Covid which includes Pakistan, Afghanistan and Nepal. Both these quads are contiguous to our boundary but are we and have we imputed the same motives to them as they have imputed to us? Provided they recognise our borders and obey international law we have been fine.”

“We must emphasise to the Chinese that the Quad is no Asian Nato. There is no treaty, no understanding, no structure and no secretariat.”

Gokhale pointed out that it was time that Beijing understood India’s Indo-Pacific vision in the same way that India understood China’s BRI. The focus on costal connectivity in the Indo-Pacific, exploiting economic zones in the area and ensuring peace in the Northern Indian Ocean where a significant movement of Indian cargo and energy was invested ensured that India’s interests remained commercial rather than strategic or directed at any one country.

Statistics show that India’s marine trade has expanded from $100 billion to $800 billion over the last 20 years while its energy requirements in terms of consumption will be one of the largest in the world. A report by Opec has forecast that the country’s oil demand will rise by 5.8 million barrels per day by 2040 accounting for about 40 percent of global demand during this period.

Given that oil barrels depend on secure sea lanes India’s interest in the IOR was natural. India’s arc of security in this regard stretched from the Gulf of Aden to the Straits of Malacca and perhaps even beyond the Malacca to ensure its economic and energy security.

“Indian must convince China that its involvement in the region is due to economic and energy security rather than any ulterior motive. For instance, the Taiwan Straits is India’s business not because of politics but because of our economic concerns. Forty percent of India’s marine trade is concentrated through this region or thereabouts therefore it is natural that we will be involved,” he said

Despite all this, Gokhale believed that Galwan had indeed changed the rules of the game so much so that a “reset” was no longer possible and that both sides needed to “rebuild” relations to ensure a proper working relationship could be maintained going forward. However, he acknowledged that huge communications gaps remained between both sides which could only be bridged at very top.

“Unless both sides take the boundary issue seriously, the potential for strategic miscalculation is high. The Chinese foreign minister’s (Wang Yi) statement that the boundary issue must be kept in its proper place is disheartening. China must also realise that rebuilding peace and tranquility on the LAC is crucial post the disengagement. On the economic front, we must push home our concerns on the trade deficit. The Chinese see it as just a question of statistics and fail to understand why we have political problems with it. There is a gap in understanding which needs to be fixed quickly.”