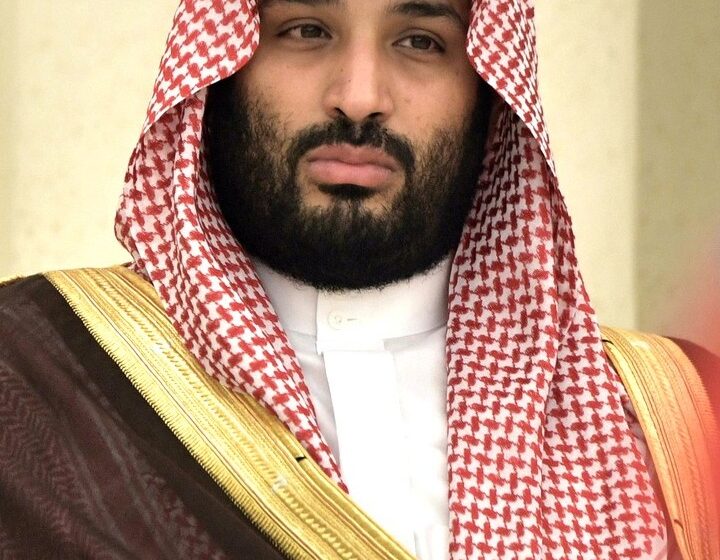 NEW DELHI: Mohammed bin Salman (MBS) has never been one to shy away from the spotlight and with rumours persisting about King Salman’s ill health, all eyes are on the Saudi Crown Prince.

MBS has added fuel to such rumours by increasingly receiving foreign dignitaries and attending regional summits, actions which some Middle East watchers believe is a sign that he may be preparing for a bigger role. The Crown Prince’s recent call upon Qatar in his Gulf tour earlier this month roused much speculation that he was looking to cement his position as a leader both in the region and with the public at home.

Former ambassador and Middle East watcher Navdeep Suri, believes that such speculation may be premature. He points out that MBS’s actions should be seen as part of a larger trend within the Middle East where regional diplomacy between nation states are coming to the forefront.

“The Saudi Crown Prince’s visit to Qatar comes after the Al-Ula accord (the accord that formally ended the four-year-long rift between Saudi Arabia and Qatar) was signed in January this year. This visit should be seen as a bid to build on this thaw in relations.”

Suri believes two major factors are causing almost all the nation states to put aside tensions and speak with one another. The first factor is the ongoing Vienna talks with Iran and the P5+1 nations to revive the JCPOA and the second is the recalibration of the US towards the Middle East.

“The reality is that the US is much more focussed on the Indo-Pacific and meeting the strategic challenges posed by China. As a result, countries in West Asia are now looking to bury the hatchet and taking more responsibility to sort out regional issues amongst themselves,” Suri says.

The fallout of this diplomacy is that geographically smaller countries such as the UAE and Qatar are slowly coming to the forefront not just in the region but in the world too. Qatar has shown itself to be the point of contact for nations looking to engage with the Taliban government in Afghanistan, while the UAE has pulled off a coup of sorts by holding talks with both Iran and Israel almost at the same time.

Other significant moves included a visit by the UAE foreign minister Sheikh Abdullah to Damascus to meet Syrian president Bashar Assad and a visit to Turkey where ties have been strained. Given that the UAE is a close US ally and given that Washington was bound to denounce the visit (which it did calling it a move to “rehabilitate a brutal dictator”), the fact that the UAE still went ahead with its Syria visit was significant.

Some analysts though are not surprised. “UAE sees a larger diplomatic role for itself. It wants to be seen as a peacemaker not just in the region but in the world,” said former ambassador Talmiz Ahmad who pointed to recent remarks by Anwar Gargash, Diplomatic Adviser to UAE President Sheikh Khalifa.

Speaking at the World Policy Conference 2021 this year, Gargash stated that Abu Dhabi Crown Prince Sheikh Mohammed bin Zayed had called upon Prime Ministers Narendra Modi and Imran Khan urging them to de-escalate tensions a few years ago. Gargash’s remarks came after UAE’s Ambassador to the United States (US), Yousef Al Otaiba claimed that they were playing a role to help the two nations reach a “healthy and functional relationship.”

“They (India and Pakistan) might not become best friends but at least we want to get it to a level where it’s functional, where it’s operational, where they are speaking to each other,” the UAE envoy had said in April this year. Interestingly, the UAE envoys in the sub-continent did not echo these remarks.

Diplomacy aside, the UAE is also seeking a larger role for itself in the region through the West Asian Quad. Post a virtual conference in October an in-person meeting is being worked out at the foreign ministerial level on the sidelines of the Dubai Expo in March next year. The rise of this Quad could enable new opportunities in the region especially for India.

“The West Asia Quad would have been unimaginable a couple of years back and it is due to the effectiveness of the Abraham Accords that it has come up. The fact that both India and the US are members of this new Quad shows the shift in the politics of the region,” Suri said.