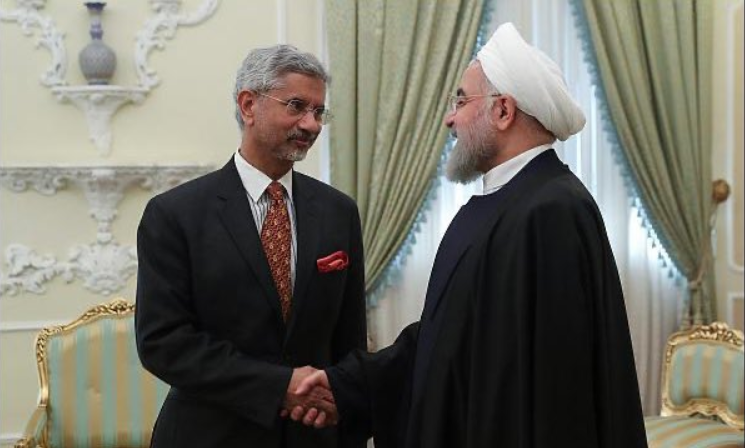 NEW DELHI: Iran says its current tensions vis a vis the U.S. won’t affect India. But it’s hard to see how India can remain untouched by the new headwinds blowing across the Persian Gulf. Tehran appears to be moving closer to abrogating the 2015 nuclear deal, vowing to disregard limits on nuclear fuel enrichment, the size of its nuclear stockpile and continue R&D.

Iraq has also upped the ante, with a parliamentary resolution calling for the expulsion of all 5,200 U.S. troops on its soil. The U.S. has responded saying it is putting the war against the Islamic State on hold in order to defend its bases. President Donald Trump has threatened sanctions on Iraq, warning that he will seek billions of dollars in compensation for the costs Washington has incurred in securing Iraq.

The new developments come on the heels of India’s External Affairs Minister S. Jaishankar having a long conversation with his Iranian counterpart Javad Zarif over the phone. Later, he tweeted: “India remains deeply concerned about the levels of tension. We agreed to remain in touch.”

There was little comfort he got from his chat with Mike Pompeo, U.S. Secretary of State. “The Trump administration won’t hesitate to act to keep American lives and those of our friends and allies safe.”

But there was some satisfaction on another front. India appears to have got the green light from Washington to continue pursuing its plans in the Iranian port of Chabahar. Since the project is touted as a humanitarian effort to help Afghanistan, the U.S. said it had no objections although one needs to wait and watch.

In the wake of the U.S. strike that killed the Iranian General Qassem Soleimani and the earlier attempt by pro-Iran militias in Bghdad to storm the U.S. embassy, oil prices shot up with diesel and petrol costing more at Indian fuel pumps. Since India is dependent to the extent of 84 per cent on imported oil, much of which comes from the Persian Gulf, any volatility there carries the risk of supply disruption.

But oil is not India’s only problem. Until recently, Indian rice export to Iran was a lucrative business. Then Donald Trump and sanctions intervened and the obstacles mushroomed. In the last week, things have got a lot worse with the All India Rice Exporters Association firing off a warning missive to its members: “In the current situation, it is not possible to export basmati rice to Iran. We have issued an advisory not to execute further shipments till the situation gets clearer.”

There could be some clarity when the Indo-Iranian joint working group on trade meets. The working group is expected to finalise a preferential trading agreement, a bilateral investment treaty and promote cooperation between the customs services of the two countries. But when this will happen is not known.

In the meantime, basmati rice exporters in India are facing the prospect of a steep fall in Iran’s annual import of 200,000 tonnes. Unpaid bills amount to around $12 million and some rice is also lying in ports where there is danger it could rot.

Rice is not India’s sole export to Iran. There are also cereals, tea, coffee, spices and organic chemicals that find a ready market. Exports of all have been hit.

The grapevine has it that India needs to be a bit “creative” if it wants to ensure its exports continue to do well. Routing shipments through third countries is an option. Payment in rupees is another option, which has been happening since Nov. 2019 for oil. The Iranian Bank Pasargad is expected to open a branch in Mumbai shortly after having got clearance from the Reserve Bank of India. Two more Iranian banks are keen on opening either a representative office in India or appointing a subsidiary.

Finally, there is a sense in the Indian government that the current tensions could settle. Iran, despite the fire and fury of its rhetoric, has been seriously weakened by U.S. sanctions and cannot afford a war. Its Iraq backyard is on fire, largely because of late Qassem Soleimani’s meddling which has underscored Persian-Arab sensitivities and differences. President Trump has all along indicated he has no interest in getting involved in another West Asian conflict. Hopefully, the storm in the Persian Gulf will settle.