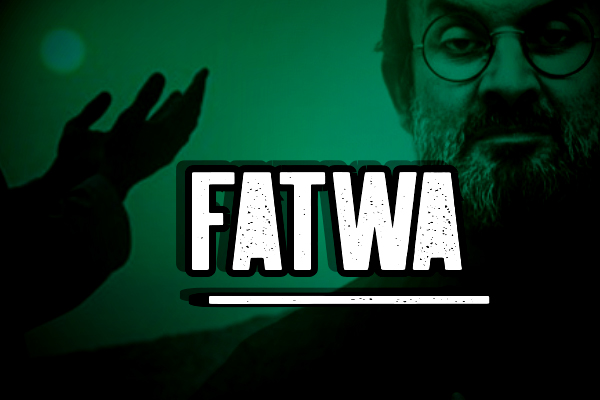 Hadi Matar, the American of Lebanese Shia descent who attacked and stabbed novelist Salman Rushdie reportedly 15 times, has pleaded not guilty. He is only 24 years old, meaning he was born many years after the 1989 fatwa issued by Iran’s Ayatollah Khomeini against Rushdie for his book the Satanic Verses. At this point it’s not clear if he has read the book or what or who encouraged him to go after Rushdie. But his family confirmed he had recently returned from a visit to Lebanon. Now let’s look at what fatwas are all about.

What is a fatwa?

A fatwa is an advisory issued by a mufti (legal scholar) and is neither mandatory, nor does it have to be legally followed in Sunni Islam. In Sunni Islam the mufti is authorised to issue a fatwa, but the fatwa is issued by him, in his personal capacity, and it is accepted only if the follower respects the scholar who issued the fatwa. A fatwa need not just be issued by a person but by an institution. For instance, the Darul-Uloom Deoband in India issues fatwas advising people on what Islamic law has to say on matters relating inheritance and dispensation of property etc. It is also common for lawyers in court to cite fatwas by scholars when arguing their case in court. Judges may take note of it, but it is not legally binding.

What are the origins of the fatwa?

The origin of the fatwa can be traced to the Ottoman Empire when the office of the mufti was institutionalised within the government. Mufti no longer was a private individual he gave advisories which had the sanction of the state. The mufti had subordinate offices all over the empire, but the further they were away from the main capital Istanbul the more independent were the mufti’s edicts. For instance, Saudi Arabia had its own scholars, so a fatwa issued in Istanbul did not unduly bother those living in Jeddah.

Why is the fatwa regarded differently in Shia Islam?

Unlike Sunni Islam, in the case of Shia Islam there are formal hierarchies regarding the mufti which involve three grades: the Hujat-ul-Islam (Authority on Islam) Ayatollah (religious leader) and Grand Ayatollah. The Grand Ayatollah reaches this rank when he gains a significant following and is perceived to have interpreted Islamic law correctly. Their popularity however can vary region from region. For example, the highly regarded Grand Ayatollah Ali al-Sistani who met Pope Francis in March last year, is considered to have more followers in Najaf as opposed to Qom in Iran.

How did Khomeini change the concept of the fatwa?

After the Islamic Revolution, Ayatollah Khomeini created a new concept that had never existed before in Islam. This is the concept of velayat-e-faqih (guardianship of the jurist) Velayat-e-faqih is a concept that justifies the rule of the clergy over the state, and it is important to note is that this concept holds only for Shia and not Sunni Islam. In Shia Islam you have the last Imam who is known as the ‘Hidden Imam’, and when he returns, his word will be the final one on all matters. Khomeini stated that till the arrival of the ‘Hidden Imam’ there should be a velayat-e-faqih who would guide the people. He was selected and through his influence this position of leadership was legally enshrined in the Iranian Constitution. Once this was done, Khomeini stated that all edicts passed by the velayat-e-faqih would by legally binding on all Shias. It is also important to note that the concept of velayat-e-faqih has not been passed on to Supreme Leader Ali Khamenei. This is significant as only another velayat-e-faqih can overturn a ruling made by a previous one. Also, fatwas issued by the previous velayat-e-faqih do not end with his death. That is why though Iran has officially stated it is not interested in Salman Rushdie’s death, the fatwa officially remains. Khamenei has confirmed it on several occasions.

Why did Khomeini issue the fatwa on Rushdie?

The announcement of the fatwa by Khomeini on Rushdie and the editors and publishers of the Satanic Verses on Iranian radio in 1989 was a big surprise for the Western world especially as many commentators speculated that he had possibly neither heard of, nor read, the book. It was most probably brought to his notice. Scholars believe there was a political context to his actions. In 1987, more 400 Iranian pilgrims were killed in a stampede and the ongoing Iraq-Iran war was stirring up emotions in Iran. Khomeini saw the pronouncement of a fatwa by which Iran could galvanise its people and assert its influence in the Islamic world. Saudi Arabia and other Gulf nations were most reluctant to do so but had little choice but to comply because Rushdie was said to have insulted both the Prophet and his wife Aisha who is deeply revered by the Muslim community. As a result, the Organisation of Islamic Conference (OIC) passed a resolution where it denounced the author as an “apostate” and appealed “to all members of the international community to ban the sale or distribution of this book” and to publishers to withdraw it from circulation. The OIC’s stance was seen as not going far enough by Iran and this was because Saudi Arabia did not want to give Tehran a “political victory” and thus gain the initiative in the Muslim world. Unlike Iran, Saudi Arabia has simply stuck to the banning of the book and not called for Rushdie’s death.

It is however important to note that Rushdie-like attacks have also occurred in the Sunni world. In 1994, Egyptian novelist Naguib Mahfouz was stabbed several times in the neck by a Muslim extremist inspired by a fatwa from Omar Abdel Rahman, an influential cleric of the Al Gamma Al Islamiya. Rahman had deemed his 1959 novel Children of the Alley blasphemous of Islam and called for his blood to be shed. In 1992 Egyptian liberal writer Farag Fouda was shot dead by two Gamma Islamiya members after Al Azhar University accused him of being an enemy of Islam and an apostate. Saudi clerics have issued many fatwas against writers, bloggers, columnists for “heretical articles” and apostasy.

How are Iran-West ties regarding the Rushdie affair?

Ties broke down, especially between Iran and the UK (as Rushdie is a British citizen) post the announcement of the fatwa and the matter was only resolved in 1998 when the then Iranian foreign minister Dr Kamal Kharrazi gave an assurance that the Iranian government would not take any action to threaten the life of Rushdie and would not encourage anyone else to do so. He also distanced his country from the $3 million bounty on the author’s head but refused to make any firm commitment on the fatwa. This explains Iran’s position today post the current attack on Rushdie where it states that though it is not involved with the attack it has blamed the writer for inciting the “rage of 1.5 billion Muslims.” What is interesting is the muted reactions of Western governments following the Rushdie attack. While leaders have expressed their sympathy and horror there has been little blaming of Iran so far which is probably because the final text of the JCPOA is being shared between both sides. As was the case in 1989, background politics will affect the outcome of the Rushdie affair.