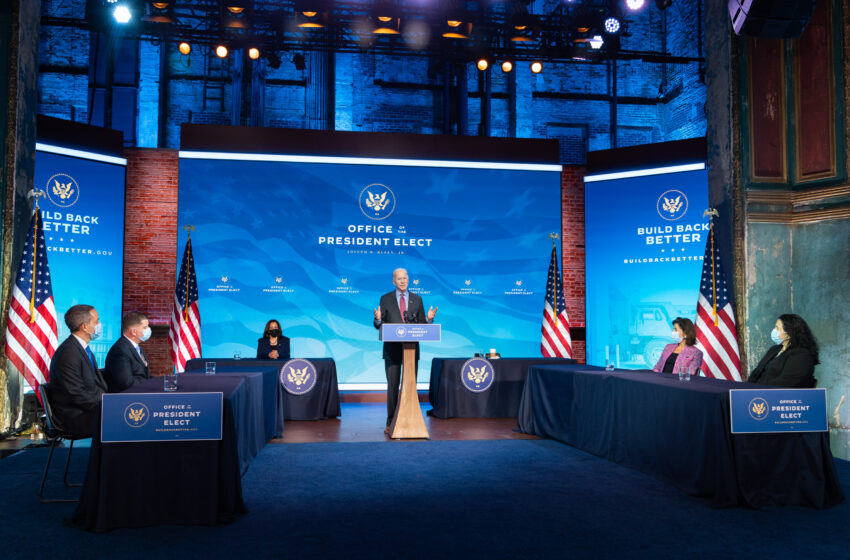 NEW DELHI: Ahead of Joe Biden’s swearing-in as America’s 46th president, he was sent unwelcome reminders by two long time adversaries, Iran and North Korea. Both reminders were in the context of nuclear weapons with Tehran showcasing an underground missile base, while North Korea was more brash, promising expansion of its nuclear weapons program. Their sabre-rattling also reflected domestic concerns, even conflicts.

The fireworks from Tehran came with some odd baggage: Supreme leader Khamenei caused a storm on Twitter when he said that Iran would not import U.S. and UK vaccines against the Coronavirus because they were “completely untrustworthy” and could “contaminate other nations.” But other fulminations suggested anger and frustration over U.S. sanctions combined with some manoeuvring for advantage by domestic political actors.

Case in point, the missile base displayed by the Iran Revolutionary Guard Corps (IRGC) whose chief Qassem Soleimani was killed in a U.S. drone strike a year ago. Iran had responded by firing 16 missiles at US bases in Iraq, causing no casualties but apparently considerable trauma to personnel there. The reading is that the Corps was telling Biden that normalising ties with Iran would also require the Corps coming on board. It is currently proscribed and under sanctions.

“Iran is not a monolithic entity and the Corps and even the Majlis have very different ideas about how the U.S. should treat them,” says Talmiz Ahmad, former ambassador and well-known specialist on West Asian politics. “The IRGC report directly to the Supreme Leader and are power centres in their own right. The Majlis too does not necessarily share the views as Rouhani and Zarif [Foreign Minister Javad Zarif]. Through these actions they are reminding the Americans that it is not just Rouhani that they have to deal with.”

For good measure, Khamenei threw in another tweet saying “Iran’s Majlis & govt’s decision to enrich uranium to 20% is totally logical & wise,” meaning that Iran is free to act since the U.S. has failed to fulfil its commitments under the Joint Comprehensive Plan of Action (JCPOA). “He’s reminding Biden that he needs to restore the reputation of the U.S. as a law-abiding member of the international community. The signing of the JCPOA would be a step towards that,” argues former ambassador and Iran specialist KP Fabian, who also suspects the tweet may have more to do with bolstering Iran’s confidence domestically at a time when more than 56,000 Covid deaths have been recorded, infections are at around 1.2 million and growing and the economy is in the doldrums.

More than 6000 km to the east, North Korea’s mercurial leader Kim Jong Un was doing some manoeuvring of his own, also with an eye on the incoming Biden presidency. Given the adversarial nature of the President-elect’s references to Kim as thug, tyrant and dictator, North Korea’s leader probably does not believe any improvement in relations with Washington is imminent. Therefore, the threat to expand his military’s nuclear arsenal with solid fuel ICBMs, hypersonic missiles and tactical nukes, which also suggests a return to nuclear tests. Pyongyang’s last series of tests was in 2017.

Kim has already publicly acknowledged the poor state of the economy with production targets for various sectors unmet. He even shed tears. Former Indian ambassador Vishnu Prakash, who has served in Japan and South Korea, believes that “Kim has become more confident in his belief that he is a leader of the masses. I believe his ploy of shedding tears was done to evoke a sense of sympathy and raise patriotism amongst his people. North Korean leaders are seen as divine, so it was a risk but given the state of the economy and other problems Kim had to do something. He had little choice.”

Prakash pointed out that “North Korea is a small country and there are few other ways they can gain the attention or use leverage on the U.S. other than by issuing regular nuclear threats. This also works well at home for Kim because the U.S. is seen as the ‘Great Satan.’ Kim is specially hoping to gain Biden’s attention especially because he had nothing to show from his summits with Trump in Singapore and Hanoi.”

Going forward, Prakash believes that though Kim may try, it is unlikely that Biden will entertain him. The President-elect has said talks are not on the agenda unless he dismantles his nuclear arsenal, which is unlikely to happen. The same pessimism may be the dominant sentiment in austere Tehran.