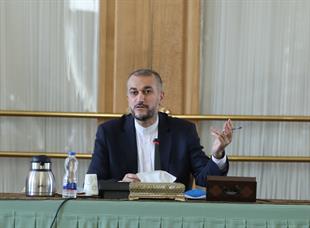 NEW DELHI: Iran’s newly appointed foreign minister Hossain Amir-Abdollahian flies into Delhi later this month on a two-fold mission: to sound out South Block on Afghanistan and figure out the space for cooperation, and to get the bilateral relationship back on track.

Afghanistan first: Tehran has been disappointed by the faces on the Taliban interim council announced a week ago. If there were any expectations of a broad-based inclusive council, these have been dashed and Tehran fears the worst: revival of the Sunni Pashtun emirate of 1996 that targeted minorities including Shias.

Note the foreign minister’s words at a meeting with his counterparts from China, Pakistan and three Central Asian states recently: “We emphasise on security, stability and development by formation of an inclusive government reflecting the diversity and will of the Afghan people; dialogue instead of violence; rejection of foreign intervention. We support intra-Afghan talks and agreements.”

“India has repeated much the same mantra,” says Talmiz Ahmad, former diplomat and twice ambassador to Saudi Arabia. “But Amir-Abdollahian wants to know South Block’s thinking going forward. Could it include support for the National Resistance Front of Amrullah Saleh and Ahmad Massoud in the Panjshir Valley.”

Such support looks difficult given that the Taliban controls all border points including the one with Tajikistan’s Shir Khan Bandar, the most likely supply node into the Panjshir Valley. Any such activity would require Russia’s acquiescence, which may not be forthcoming now given the equations they have built with the Taliban. Add to that Iran’s concerns about getting drawn into a conflict in Afghanistan when it is already involved in Syria and Yemen and under pressure from US sanctions over its nuclear programme.

The bilateral agenda is equally sensitive. India has gone along with US sanctions on Iran, stopped buying Iranian oil, stopped work on Chabahar, to the point where even supplies of essential commodities including food and medicine were blocked. Nevertheless, Iran appears willing to let bygones be bygones, witness External Affairs Minister S. Jaishankar’s call on newly installed President Ebrahim Raisi last month.

“With the US now out of Afghanistan and no leg in this region, it leaves India free to chart a course without having to look over its shoulder at Washington,” argues Ambassador Ahmad. In his view, India’s engagement with Iran has been sporadic, more symbolic and less substance, and this needs to be corrected.

It ties in with a point underscored by Prof. A.K. Pasha of the Centre for West Asian Studies in Delhi’s Jawaharlal Nehru University. “Islamabad’s heavy involvement in Afghanistan has led to a strategic loss for India and gains for Pakistan. This has implications for India in regard to issues such as Kashmir and China.”

Reports about the presence of foreign fighters in Afghanistan, perhaps as many as 10,000, have set off alarm bells at South Block. It is widely acknowledged that Pakistani Punjabis form a significant portion of these fighters, whether in the ranks of the Al-Qaeda or Islamic State Khorasan. Add to that, the Lashkar-e-Toiba and Jaish-e-Mohammad, both known proxies of the Pakistani deep state that could be re-tasked for India.

India needs to urgently rework ties with its friends and partners in the region and beyond. The Saudi foreign minister is due in Delhi this weekend for consultations that will surely focus on Afghanistan. The Saudis have kept their distance with the Taliban, refusing to recognise them as they had done in 1996. The UAE has done the same. The region wants to know India’s thinking, does it have a vision and a strategy?