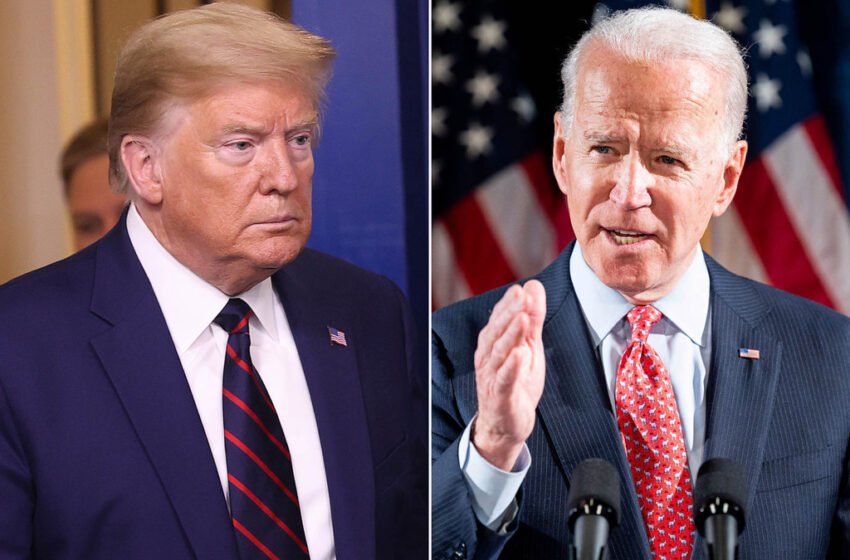 NEW DELHI: President Trump did what he does best – attack. At the first of the three US presidential debates on Wednesday morning, it was a no-holds barred schoolyard scrap with moderator Chris Wallace seemingly unable to stop what many commentators have described as the worst presidential debate in recent history. On the Democrats side, Biden initially may have been wanting to take the high road but very soon the insults flowed. For those who are in disbelief; yes they actually engaged in namecalling! Sample this:

Trump: There’s nothing smart about you, Joe.

Biden: Folks, do you have any idea what this clown is doing?

Trump: He didn’t have a job until you became vice president [referring to Biden’s son Hunter Biden]

Biden: Will you shut up!

A number of nations got caught in the crossfire and India was one of them. When the former vice president attacked Trump for doing nothing about the COVID crisis even though he knew about it from February, with the result that 200,000 people were now dead. the president was at his belligerent best. “If we would have listened to you, the country would remained open millions of people would have died not 200,000 and the country would have been left wide open…By the way when you talk about numbers you don’t talk about how many in China died, you don’t talk about Russia, you don’t talk about India, they don’t exactly give you a straight count. But when I closed it [immigration] what did you say? You said he’s xenophobic and a racist!”

The COVID-19 remark was a turning point as it moved the debate which had till then focussed on issues, into an arena Trump likes best – personal territory. Using tactics we had seen with Hillary in the presidential debate in 2016 – where he focussed on her husband’s affairs to physically trying to intimidate her through urging his supporters to ‘Lock Her Up’ – Trump tried the same tactics with Biden by relentlessly focussing on what he believes is the former vice-president’s weak card – his son Hunter Biden. Allegations have continued stating the former VP’s son profited during the Obama presidency. Thought it didn’t unnerve Biden the same way it did Hillary, he wasn’t at his best in those moments.

Elena Baturina is the wife of the former mayor of Moscow and the US president was referring to a report released by the Senate Homeland Security and Finance committee stating Hunter “received $3.5 million in a wire transfer” from her. Burisma is a Ukranian energy and gas company where Hunter was on the board. The company is accused of having received undue favours during the Obama presidency.

But the clincher was delivered in true Trumpian style, “I’ve done more in 47 months than you’ve done in 47 years.”

Biden denied the claims but it lacked TV credibility. The former vice-president’s bid to take the higher ground – “I will not talk about families” – his refusal to raise his voice in contrast to Trump and his looking down while Trump was speaking did not come across well on TV. Yes, Trump interrupted, yes, Trump was rude and arrogant, and yes, he probably may not win the debate, but his offensive strategy especially on Biden’s son did seem to work. When the former VP tried to play up his other son, the late Beau Biden, an Iraqi war veteran, Trump went back to Hunter.

The US president knows what makes for good TV and Biden doesn’t or at least hasn’t figured it out yet. He had plenty of material to attack Trump with: the 750 dollars in taxes the president paid – Trump responded that he was just being ‘smart’ – George Floyd, race attacks and healthcare. None of it stuck because Biden is making the same mistake that Hillary did. TV needs a one line narrative and Trump gave one: Joe Biden’s son profited by getting money from ‘dubious’ countries while he [Biden] was in office. At the end of the day that is something more people are likely to remember just as they did the ‘Mexican Wall’ in 2016. It may or may not be true, you may or may not like it, but it sticks. And while TV may not decide the winner the debates do set the tone. Given it is the first faceoff between the two in the COVID-era, this debate was especially important.

The rancour post the debate continued on Twitter. Biden first responded by tweeting. “You heard a lot come out of President Trump’s mouth. Can you name one thing he said to actually make your life better?” Trump having attacked Biden did what he has doing for some time by indirectly criticising the process itself through a retweet. “If you still can’t figure out why the American public doesn’t trust the media… just rewatch Chris Wallace’s performance tonight…” The last shot completed the Trump message which states that unlike Biden everyone and everything will be in his line of fire in the race to win. Will this prompt the former VP to change tactics? We’ll have to wait and see.