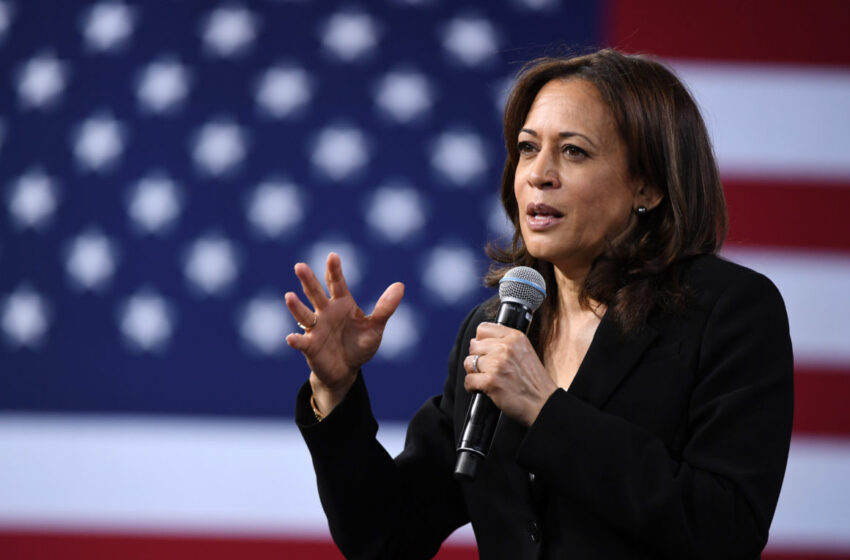 Question: Have you ever felt discriminated?

Kamala Harris: Oh my whole life. I remember the neigbours kids who we played with one day told us, “No, our parents said we can’t play with you because you’re Black.”

NEW DELHI: That sense of being “othered” because of her skin colour may have been the driving force leading to this, America’s “first woman of colour” to run for vice-president. No matter what happens from now on, Kamala Harris has set a new template for women and for America’s disdvantaged minorities, and as she grooved under a Florida downpour earlier this week, who would deny her this moment.

It seemed a welcome interlude in what has been a gruelling and corrosive (courtesy Trump and fellow Republicans) campaign for Harris. Since she was picked by Joe Biden as his running mate in August, Harris has been the target of a vituperative campaign by Trump. He’s slammed her as a “phony”, add to that “nasty, mad, vicious and mean”. Since October she’s been tagged as “the monster”.

For Trump, this is par for the course. He is playing on the sentiments of his constitutency of white male voters with one objective in mind. He is pushing the narrative that if Biden occupies the White House, it’s Harris who’ll be the power behind the throne. So hey, watch out folks, you don’t want a coloured person, a woman at that calling the shots, is the message.

Harris is part black, her father is from Jamaica (mother of course is Indian). That decided Biden’s choice of running mate since he needed a somebody who could appeal to black Americans who comprise roughly 12 per cent of the votes. A quarter of the Democratic party’s vote share belongs to them hence the importance of their support. The Democrats are hoping Harris will be able to draw African-Americans, particularly the womenfolk, to come out and vote.

Blacks have been hit harder by the coronavirus pandemic given their poor economic condition and lack of access to health care. Police violence is another hot button issue for the community and Harris has tried to draw a connection between health care access for all and the pandemic as well as police and criminal justice system reforms.

As a former district attorney and later attorney general of California, Harris is well versed with both areas. But, to quote from a New York Times piece of August, 2020, “she found herself constantly negotiating a middle ground between two powerful forces: the police and the left in one of the most liberal states in America.”

Harris hasn’t shied away from acknowledging her Indian roots (remember her shout-out to her “chittis” (mother’s younger sisters) among other family members, but Indian Americans aren’t really the ones who count in her bid for the vice-presidency. For one their numbers are small—1.8 million are eligible to vote this time. But Republicans and Democrats are keeping them on their radar given the financial heft the community has.

The Democrats even came out with a new ad this week promising that, “A Biden-Harris administration will curb hate and discrimination against Indian-Americans of all religions”. This came close on the heels of Harris’ niece Meena, tweeting a meme showing her aunt as Durga which had Indian-American organisations in the US up in arms.

So will Harris, who combines an easy charm with sharp wit win? We shall know in a few days from now. But Harris will be hoping Star Wars actor Mark Hamill’s words of encouragement will ring true: “May the Force be with you”.