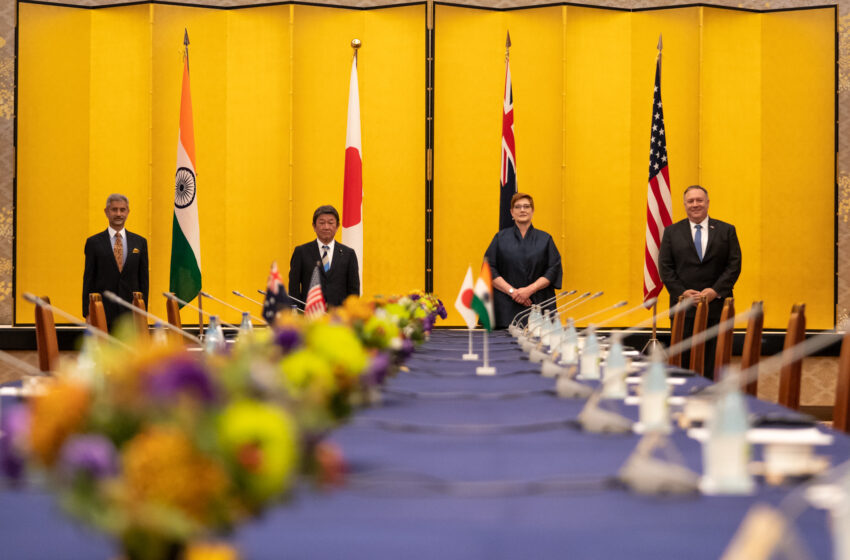 NEW DELHI: The recently released document outlining Washington’s strategic framework on the Indo-Pacific came as somewhat of a surprise to the strategic community. Much of the document which talks about containing China in the IOR, has predictably drawn a furious response from Beijing. Given the timing of the document, which comes on the eve of Joe Biden stepping into the White House, it suggests that despite much talk of foreign policy changes under the president-elect’s term – the IOR will not be part of them.

Policy continuity aside, the fact is the United States needed to show that it was serious about preserving relationships and alliances in the aftermath of the Trump administration. Trump’s pulling out of the TPP, his skipping of the G-20 ‘Pandemic Preparedness’ event to go golfing, his unilateral pullout of the JCPOA treaty had shaken international allies and given China’s recent signing of RCEP, the US administration must have felt the need to reassure allies it was fully on board.

This was an especially important message to convey to IOR nations simply because so much is at stake for the United States. State Department documents show that the “United States conducts about $1.4 trillion in two-way trade with the rest of the Indo-Pacific, more than any other country in the world, and has provided a cumulative $850 billion in foreign direct investment.”

The document in itself is thus a masterclass in US foreign policy – it reassures allies, uses tough language against China while committing itself to few specifics ensuring that the Biden administration – when it finally enters office – commits itself to nothing. Something that the supporters of the US’s active presence in the region should take note of is the fact that throughout the US has emphasised its own interests: “Strategic primacy in the region” “North Korea does not threaten the United States and its allies” and “Advance US global economic leadership while promising fair and reciprocal trade.” The irony of this last demand seems to have missed many commentators – how can one ensure fair trade if you are determined to push forward your economic leadership? Clearly, US rules will determine the IOR’s economic activity going forward.

While one has to make allowances for that fact that this is a public document, not a treaty, there is no divergence from the US’s stance neither are there any carrots – subtle or otherwise – to New Delhi. There is praise but little else. The document which specially points to India as a useful counter-balance to China notes approvingly, “India remains pre-eminent in South Asia and takes the leading roles in maintaining Indian Ocean security, increase engagement with Southeast Asia, and expands its economic, defence and diplomatic cooperation with other US allies and partners in the region.”

But if New Delhi is doing this the question then arises to what end? The US has already portrayed itself as the leader of the IOR? What does India receive in turn?

There are lollipops thrown in such as increased membership for New Delhi in the East Asia Summit and the ADMM+ and the offer of support through diplomatic, military and diplomacy channels to address the border dispute with Beijing and access to water, including the Brahmaputra, but the wording is so vague that Washington can – if it wishes – sit out if the worst should ever happen between India and China.

It has already covered itself in this regard by stating that New Delhi has the “capacity to contain border provocations with China.” In other words, Washington seems to have given itself a get out of jail free card for every eventuality. Washington makes this very clear later when it says it will “cooperate with China when beneficial to US interests.” So, if it suits Washington, India could in theory find itself on the sidelines.

India must of course be concerned about a rising and ambitious China and a closer alliance with the United States has certainly proved of value and must be preserved. But the framing of this document with its blunt language should be a strong reminder once again to New Delhi that keeping its eggs in one basket is a recipe for disaster. The lessons from Tarapur should be a timely reminder here.