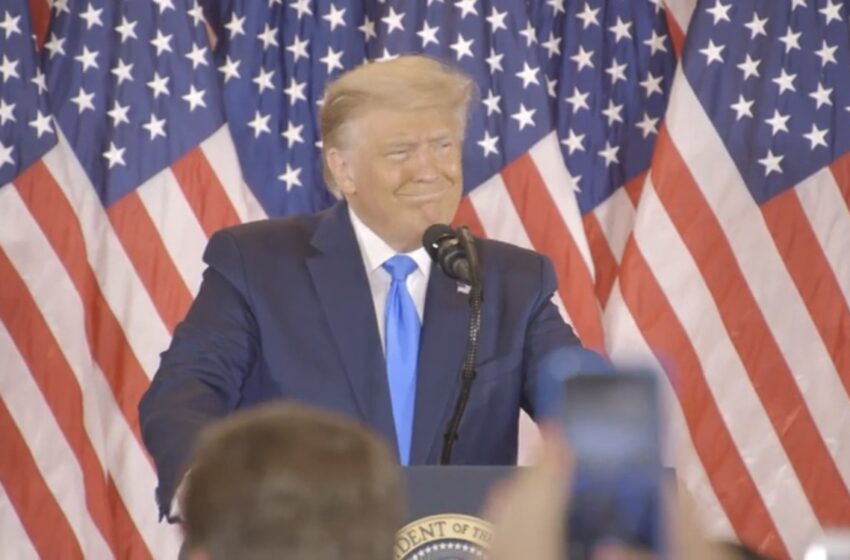 NEW DELHI: With the election results poised on a knife edge, President Donald Trump declared victory early on Wednesday morning and launched a broadside against postal ballots, threatening to go to the Supreme Court to get them stopped.

“We want all voting to stop and we will be going the Supreme Court to ensure that. We don’t want them to find ballots at four in the morning and add them to the list,” he warned in an address from the White House.

With over 100 million postal ballots cast, the key talking point in this election is which ballots are valid and therefore should be counted.

Democrat presidential candidate Joe Biden stated that president’s statement to try and ‘shut down’ ballots was ‘outrageous’ and ‘unprecedented.’

“It is a naked effort to take away the democratic rights of American citizens,” he said in a statement.

Postal ballots are seen as the determining issue in key states such as Pennsylvania with 20 electoral college votes, Michigan with 16 electoral college votes and Wisconsin with 10. Rules in these key swing states do not allow officials to begin counting before November 3. Trump and the Republicans have contested this, saying that all votes should be tabulated on the election night itself.

The counting of these votes could turn the outcome of the election. Currently, both candidates are neck and neck with the Guardian placing Biden with 238 electoral votes and Trump with 213 with 270 required to decide the outcome. The outcome in these states for which counting is said to be going on through the night, will decide the winner and the introduction of all mail ballots – postal or absentee – are expected play a large part in that. Trump is especially upset as those who have voted by ballot are believed by pollsters to be upper-class Democrats who have stayed away from polling booths due to the pandemic.

If the president does follow through with his threat of taking legal action, this will further complicate the polling process already affected by the pandemic due to the surge in mail voting. There’s also the fact that a majority of justices in the Supreme Court are conservative and likely to rule in Trump’s favour.

This brings back memories of 2000 when Republican presidential candidate George Bush Jr was running against Democrat nominee Al Gore. Both sides were short of 270 and Florida with its 25 electoral votes would decide the winner. The first tally on November 7 gave the lead to Bush by 1,784 votes which was so small that a machine recount was done which brought it down to 320 votes to Bush. Gore demanded another recount in four Democrat counties, the Bush team sued to stop this. The Florida Supreme Court ordered a hand recount which the US Supreme Court overturned. Gore finally conceded on December 13. The entire ordeal had been 36 days of turmoil.

With its tight margins, 2020 could very well see a replay of 2000 given that the president is clearly in no mood to tone down the offensive. “We were getting ready to win this election. Frankly, we did win this election,’ he said accusing Democrats in a Tweet [which Twitter has now covered with a warning] of trying to “steal the election.” The gloves are off, but this fight is a long way from being over.