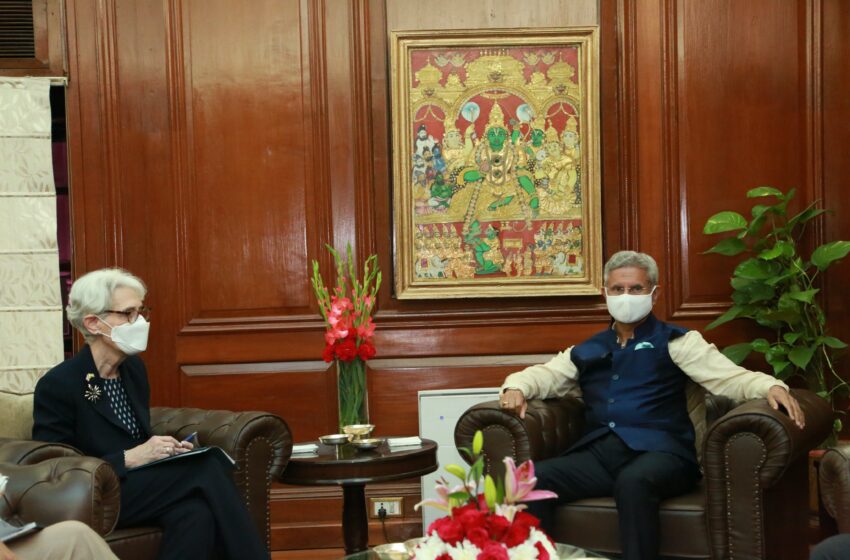 New Delhi : Shortly before she emplaned for Islamabad after rounding off talks in Delhi, Wendy Sherman, US deputy secretary of state, made an important point to her hosts: “We have no interest in returning to the hyphenated India-Pakistan relationship. But we all need to know what is going on in Afghanistan, we all need to be of one mind in our approach to the Taliban. We must make sure that we have the capabilities to ensure everybody’s security.”

Her visit flows from her boss Antony Blinken’s talks with Pakistan foreign minister Shah Mahmood Qureshi, where he reiterated “the importance of coordinating our diplomatic engagement and facilitating the departure of those wishing to leave Afghanistan. (The US) appreciates Pakistan’s support and assistance with both of these efforts.”

Reading between the lines, it would appear Washington will dial down pressure on Pakistan to curb terror groups. Which means the FATF could go easy on Islamabad.

Sherman indicated that the Quad and AUKUS were complementary. “The Quad is one vehicle which operates in security realms that are not military, non-defence such as vaccines, climate and supply chains. This will not change. Aukus is a new element, an understanding between the US, the UK and Australia to help Australia build a new fleet of nuclear submarines. They are faster, harder to detect and very agile which is suitable for the current environment in the Indo-Pacific. It is a one of a kind project which is a gamechanger in a maritime sense in this broad arena.”

She urged India to get on board with the European Union’s approach to the Indo-Pacific. “The EU has already put out a formal Indo-Pacific strategy and we are going to have some formal consultations soon. I also think India should get more engaged with the EU. They are critical players, they have a role here, they care a great deal about trade and investment with you (India). I hope all this comes to fruition as this would be helpful for all of us.”