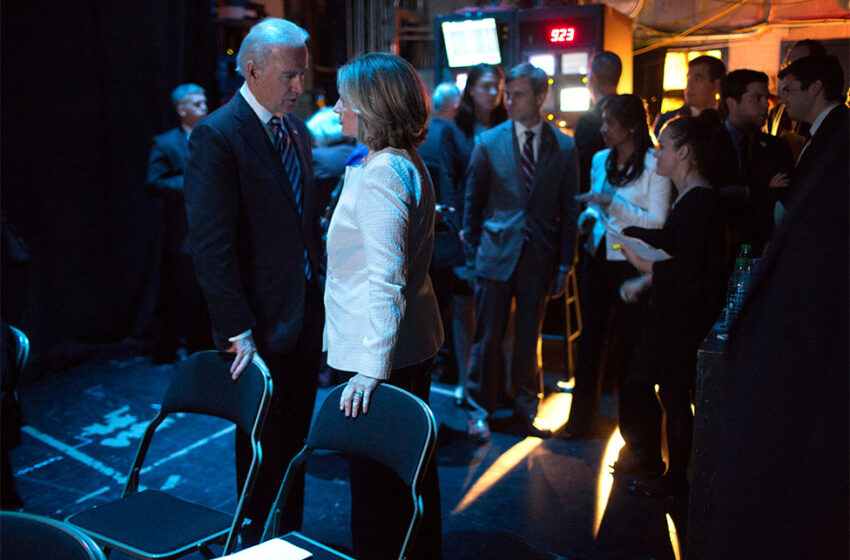 NEW DELHI: Is US presidential challenger Joe Biden committing political suicide? For those unfamiliar with American politics and more specifically American Jewish politics, that certainly looked to be the case. The fact that Biden not only said that President Trump had put “Israel in danger” by withdrawing from the Iran nuclear deal, but also advocating a two-state solution at an American Jewish event, had many wondering what was going on. Was and is not the Jewish lobby firmly against a two-state solution? Has not the Jewish lobby welcomed the UAE and now Bahrain’s deal with the Israelis? Do they not support the annexation of Palestinian land threatened by Israeli president Benjamin Netanyahu?

The answer to all these questions is that it’s complicated. Earlier, it wasn’t. Despite being a small, just 3% of the total US electorate, Jews and more particularly the Jewish lobby has always punched above its weight, none more so than in this election. Electorally they have high turnout rates thus making them ‘swing voters’ in crucial states such as California, Illinois and Pennsylvania. With an election that is especially likely to be run on wafer-thin margins this year, candidates will be extra careful not to antagonise Jews.

The other major factor is the money. Jewish men such as Sheldon Adelson, and the billionaire casino magnate and media moghul Haim Saban, among others are crucial in nurturing a party’s fortunes. Large campaign donations made by them shows how crucial the Jewish lobby is to sponsoring a party’s fortunes. The Washington Post had estimated that Democratic presidential candidates “depend on Jewish supporters to supply as much as 60 per cent of the money.” A figure wasn’t given for the Republican party but the fact that in March 2016, politicians such as Ted Cruz, Donald Trump and Hillary Clinton spoke at the annual conference of AIPAC – American Israel Public Affairs Committee, the most powerful Jewish lobby in US politics. From forcing senators to speak out against Palestine, when the Palestinians announced they would petition the UN for statehood in 2011, to justifying Israel’s actions in Gaza to ensuring American funding to Israel remains intact, AIPAC has been the hidden hand. The US provides a military aid package of $3.8 billion a year to Israel—the largest American military grant to any single country — and it remains intact thanks in large part to AIPAC

So back to the question. Why was Biden using such language which would leave AIPAC fuming? The answer is simple – the fracturing of the Jewish lobby. US election watchers say that after a long time, AIPAC is starting to lose its dominance. The extreme rightward turn by Israeli prime minister Benjamin Netanyahu, and the fact that new Jewish lobbies have started to gain prominence along with the rising prominence of the left wing in the Democratic party. The fact that AIPAC was losing its bipartisan hold could be seen in four senior Democratic senators, Bernie Sanders, Elizabeth Sanders Amy Klobuchar and Pete Buttigieg not attending the annual conference and the fact that Biden chose to speak at a virtual conference funded by J Street, a liberal Jewish advocacy group funded by Haim Saban. Saban who was born in Egypt and is Jewish-American, supports a two-state solution and it was no wonder Biden was spouting his language. So, while he welcomed the UAE and Bahrain deal, the two-state solution came first. Given that Israel’s security is uppermost for Saban and J Street, it was no wonder that Biden stated, “Israel is in danger.”

While Biden’s words make sense to the pragmatic Jewish voter, many of whom vote Democrat anyway, the bid is to retain and push even more of them to come forward this time. That’s where Kamala Harris comes in. Harris is not only expected to energise the black vote – US analysts believe that the lack of black turnout cost Hillary the 2016 election – but also the Jewish vote in part through her husband Douglas Emhoff who is Jewish. 72 percent of Jewish voters supported Hillary in 2016, a figure that grew to 79 percent in 2018. Biden and Harris need this trend to keep on growing especially in Michigan and Florida, where the Jewish vote is likely to decide the winner.

Domestic politics aside, the Jewish vote could indirectly affect foreign policy. Prime Minister Netanyahu who had a strained relationship with former president Barack Obama, has made it all too clear that President Trump is his man. One of Obama’s final acts as president was to not block a UNSC resolution condemning Israeli settlements, a stance that Biden is more or less likely to follow. A Biden presidency will bring back strained ties with Netanyahu and possibly a reworking of the ‘deal of the century.’ But before he can do that, he’ll need the Jewish voter’s help.