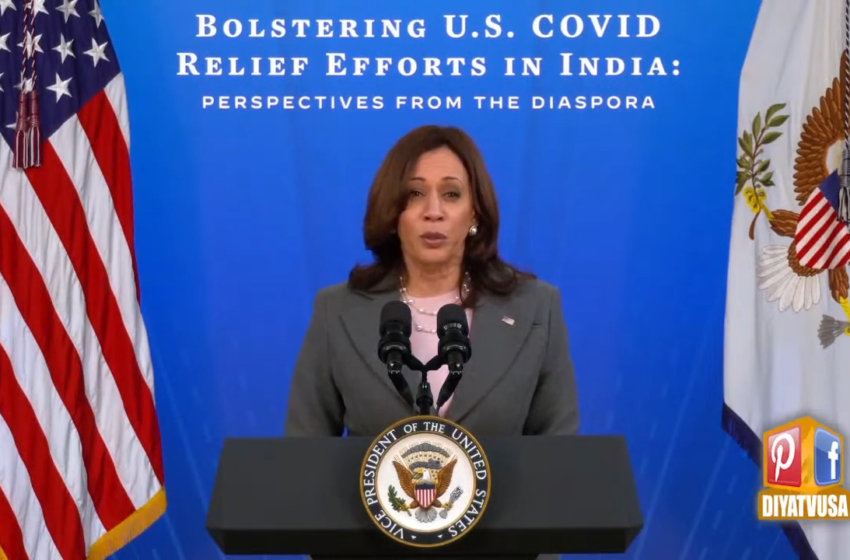 NEW DELHI: Declaring that the “welfare of India is critically important to the United States” Vice President Kamala Harris was quick to rebuff charges from her critics that both she and the administration had been slow to respond to India during its moment of crisis.

“The surge of Covid-19 outbreaks and deaths in India is nothing short of heartbreaking. To those of you who have lost loved ones I offer my deepest condolences,” Harris said at an event organised by the Indian diaspora.

The vice-president’s conference came shortly after sharp criticism by sections of the Indian-American community that the Biden-Harris team was slow to react to India’s Covid-19 crisis. President Joe Biden’s tweet on April 26 that the U.S. was willing to stand by India in its time of crisis was seen as slow as it came much after record daily infections in India. Harris too was much maligned especially because she had pointedly showcased her ‘Indian’ credentials throughout the campaign.

Looking to counter the negative publicity a White House press sheet on April 28 made it clear that the Biden-Harris team has sent $100 million worth of aid to India, a point the vice-president was eager to repeat and highlight in the conference.

“As soon as the dire nature of the situation became apparent, our administration took action. On Monday April 26, President Biden spoke with the PM to offer our support. On Friday, April 30, military members from the U.S. and civilians were delivering relief. Already, we have delivered refillable oxygen cylinders with more to come. We have oxygen concentrators with more to come. We have delivered N95 masks, delivered doses of Remdesivir to treat Covid-19. Meanwhile, we have announced our support by suspending patents to help India and other nations vaccinate their people more quickly.”

Harris’s outreach highlights the fact that this administration won’t do anything to alienate Indian Americans. Despite being just 1 per cent of the U.S. population, the community according to a report in the Los Angeles Times surpassed all communities, giving over $3 million to the presidential campaign, most of it to Biden and to Harris. A New York Times report says when Kamala Harris came on board contributions spiked to $48 million online in the first 48 hours with the Biden campaign getting an $8 million a day in the last few weeks of campaigning.

Both Biden and Harris cannot be seen to be non-responsive to ‘Indian’ issues and this was why the vice-president felt the need for damage control even referring to the Quad as the ‘Asian Quad’.

“India and the U.S. have the greater number of Covid cases in the world. At the beginning of the pandemic when our hospital beds were stretched, India sent assistance. Today we are determined to help India in its hour of need. We do this as friends of India, as members of the Asian Quad and as part of a global community,” she said.

India cannot and will not be forgotten by this administration. The Indian-American community will simply not allow it.