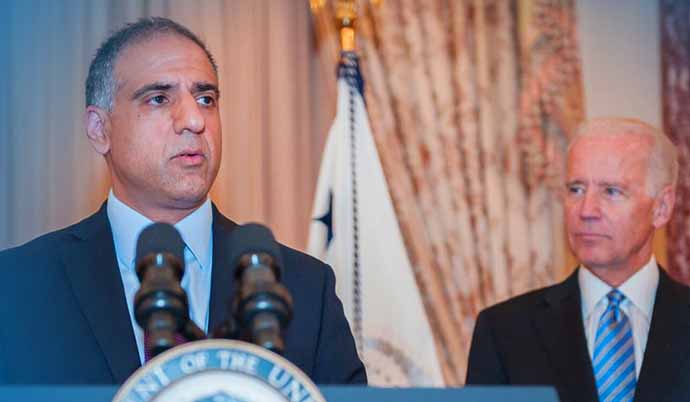 NEW DELHI: Add another name to the list of Indian Americans on Team Biden: Puneet Talwar. He was a top adviser for 12 years when Biden was a senator, was part of the group that put together the nuclear deal with Iran and advised former president Obama on West Asia. He now joins Zalmay Khalilzad who is leading Team Biden’s efforts to sew together a peace deal on Afghanistan.

As Khalilzad put it: “Puneet Tulwar joins our team as Counselor in our continuing effort to advance the peace process. Puneet’s knowledge of the region, experience with negotiations & peace processes and senior roles in the State Dept, National Security Council and Senate Foreign Relations Committee will be of great value.”

In a September 2020 interview to ‘India-West’, Talwar talked about his association with Biden since 1995 and said, “When I interviewed in his office, I was struck that no one asked me where I come from. Joe Biden didn’t care about my ethnicity. He hired me because of my experience and achievements,” adding: “Years later, the subject of heritage came up in a friendly conversation when then-Senator Biden discussed his Irish roots and, for the first time, I described my Indian background. We swapped stories about our ancestors and the indignities they had faced on opposite ends of the British Empire. I shared how my mother and late grandmother were nearly killed by the Empire’s bullets in Amritsar during India’s struggle for Independence.”

In the same interview, Talwar says Biden will stand with India in the threats it faces in the region and along its borders. “He (Biden) believes there can be no tolerance for terrorism in South Asia — cross border or otherwise. He will work to strengthen India’s capabilities as a counter terrorism partner and he will work with India to take on big global challenges together, like climate change and global health security.”