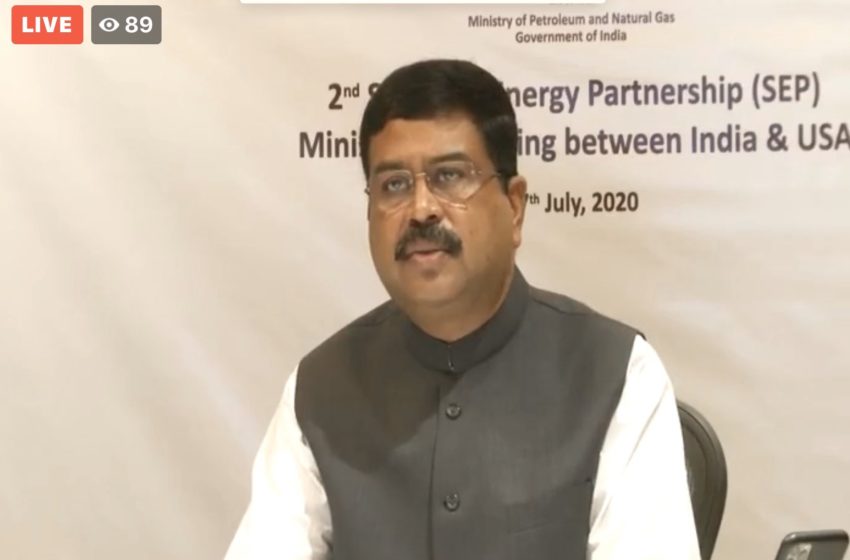 NEW DELHI: Days after signing an MoU on setting up India’s first strategic petroleum reserve overseas, in the US, speculation is mounting about the government’s motives. Was it because of a quiet request from President Trump to Prime Minister Modi with a sensitive election around the corner, and at a time when low oil prices worldwide have sunk the export prospects of US shale oil? Or did India want to show it was serious about reducing the trade surplus with the US, currently at a little over $16 billion?

Or was it driven by strategic concerns? Post the Galwan Valley standoff with China, some feel that India is precariously placed in the neighbourhood and must rely on powerful friends.

“We have hostile neighbours in China and Pakistan and the IOR is filled with Chinese submarines that have the potential to cut off sea links. We have a strong strategic and defence partnership with the US. We cannot rely on others,” says energy expert Narendra Taneja.

While that may be true the cost of coupling up with the US does not come without its drawbacks. India imported about 250,000 barrels per day of shale oil last year, small compared to what it buys from the Arabian Gulf. Geographically, it doesn’t make sense to store oil there as ships would take approximately a month to reach, and retrieve the oil. Moneywise, it will hurt, for the US is likely to insist on India buying and storing US shale oil, which is more expensive than crude oil. A senior diplomat calls the deal ‘double jeopardy’. India buys oil it cannot use, parks it in a place it cannot reach easily in the event of an emergency, and then pays for both the oil and storage – amounts that will easily translate into millions of dollars.

Energy analysts believe that since India imports 80 per cent of its oil, it has no choice. “India currently has only 10 days of strategic oil reserves domestically,’ says Taneja. “Look at the OECD countries, they have 90 days of oil reserves. We should have at least 45-days worth of oil reserves.”

But the diplomat disagrees: “India has survived crises before. We survived the Iraq-Iran war, Gulf War, Iraq’s invasion of Kuwait in 1990 when both Iraq and Kuwait were our number one and two oil suppliers (Saudi Arabia was not on the scene then as a major oil supplier to India). There has not been a single day when India has had to rely on strategic reserves because of conflict. Let’s also not forget that we have a number of suppliers and the world today has no shortage of oil and countries willing to sell it. India should not worry.”