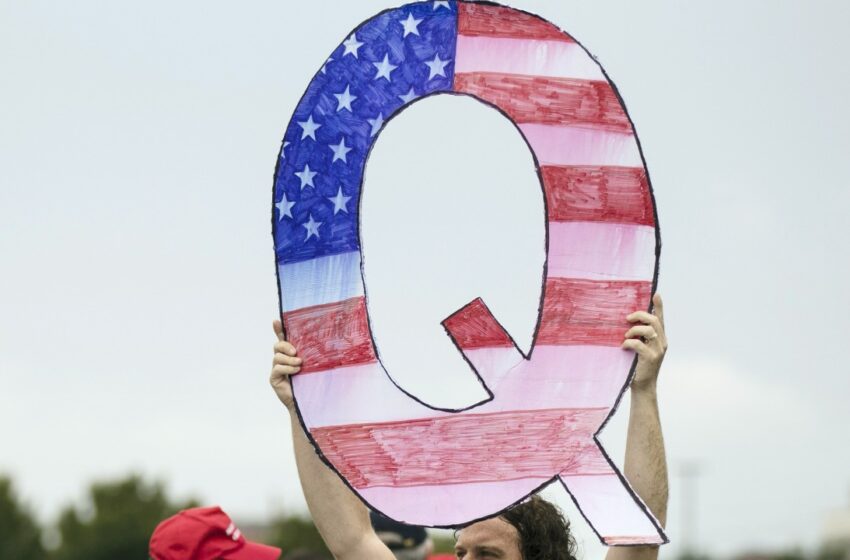 NEW DELHI: Social media giants are busy trying to wipe QAnon off the virtual sphere. The recent deletion of 70,000 QAnon Twitter accounts, the suspension of Parler—a social network believed to have been used by members of the fringe group—by Apple, Amazon and Google and a statement by Amazon that it would remove Q memorabilia from its site, suggests that at long last action is being taken.

What is amazing though is why it took so long. The origins of the group go back to 2017. Even more, the FBI in 2019 has declared in an internal memo that the fringe group could be a potential domestic terror threat. Measures were taken but there were two problems: first, the pandemic ensured that many of the supporters spent more time online and could easily switch social media mediums.

The second was that the fringe group’s theories—Hillary Clinton, Barack Obama and other Democrat politicians were part of a paedophile ring—were so bizarre that no one took it very seriously till recently. At least, not till the storming of Capitol Hill last week. And with security heightened for president-elect Joe Biden’s inauguration on January 20, QAnon is a threat that will remain.

Tackling QAnon will be no easy task. Unlike other fringe or terrorist groups, the group has no fixed ideology and thus cannot be reasoned with. Suspicions of the “deep state”, complete disregard for the mainstream media and the group’s belief that it has finally tasted notoriety through its actions have ensured that this genie won’t fit back into the bottle.

Members of the group have already declared that January 6 was just the beginning and more will follow. What’s more troubling is that social media can and will not be able to keep up and even if it does, alternative sites can always be found. The most recent is Gab, a conservative social media website. According to the Washington Post, the site has reported a “significant increase in users over the past few days” and many of the users were those spouting QAnon conspiracy theories. The group had risen again elsewhere.

The other bigger worry is that though QAnon is largely U.S.-based for now, it is slowly moving into other continents and countries. Germany, for instance, has the odd paradox of having opinion polls hugely favouring Chancellor Angela Merkel while at the same time supporters and viewers of QAnon literature has grown to an estimated 200,000 followers. This is certainly a boon for the far-right party Alternative for Germany (AfD) and elsewhere. QAnon is being used as a rallying cry by extremists across the continent to gain legitimacy with flags being waved to curb Coronavirus measures. Thus, these motley groups find common cause.

This is the main problem that social media giants and governments will have to deal with. An openly racist post or Hashtag such as #ILOVEHITLER, for example, can easily be spotted or banned but a more cryptic post or simply a T-shirt sporting the letter Q can be almost impossible if not illegal to ban. Free speech rules that bizarre theories are not by themselves a crime, so unless one openly uses hate speech it is impossible to make out QAnon lingo—something its members often use through code words, signs and memes online.

So, while social media and all of us may do our best, we may have to live with the fact that President Trump’s disregard and disdain for facts are being accepted by a large number of people in the United States and slowly in other pockets of the world too. Given that these people have shown they are ready for violence, one should expect that QAnon and its like will not be going anywhere anytime soon. Even if President Trump is.