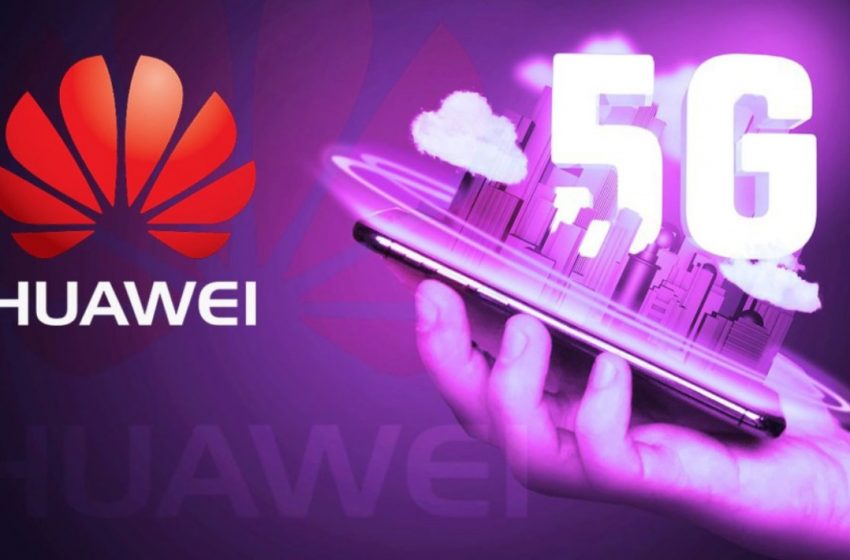 TUMMIDI, ANDHRA PRADESH: The Achaeans battered their heads against the walls of Troy and were continuously repulsed for a decade. The breakthrough came when they used the Trojan Horse to breach the defences of Troy through subterfuge and then destroyed the city and slaughtered its people completely. That is an old fable. In my opinion Huawei’s 5G is the modern Trojan Horse being used by China to enter the life stream of India to subjugate and destroy it. That is the new story. We need to be aware of this. Why am I saying this? There are reports that Huawei has been cleared by a set of experts to enter the Indian fray. It is now all set to enter India since it will meet all criteria and will be L1 by hook or crook. If it happens it will signal the end of Indian independence as we know it. There are many aspects to this development which need to be deliberated upon. I will highlight a few of them.

There are strict and clear rules and regulations laid down by the government that no Chinese software or hardware item can be part of any defence equipment. To quote an example, Intel chips are made in a foundry in China. Intel certifies that these chips are clean and devoid of any malware or embedded backdoor traps. However, this is not accepted and does not hold water when it comes to using Intel chips in sensitive systems and networks. Since they are made in China, we simply cannot use them in our networks. Period. If that is the case, how can Huawei 5G, which is totally Chinese, be used as our national backbone system? Some will say it will be for civilian purposes only. But can someone tell me how one differentiates between civilian and security communication when it comes to backbone systems? In case anyone has any doubt left, Huawei 5G will be the backbone system in the near future if allowed to get in. Communication is the lifeblood of any system. If Huawei’s 5G is allowed to step in, we will have Chinese lifeblood in all our communications. That is plainly illegal. Can anyone explain anything contrary to me? Why are the MOD and Ministry of Telecommunication speaking differently? Has the decision to allow Huawei a crack at the Indian communication cake passed muster through MoD or is it an ex-parte decision by a set of single sided experts?

If Huawei has an international reputation of being lily white, we could consider it. However, the reputation of Huawei is quite the opposite. It is synonymous with intellectual theft and espionage in the West. USA has banned it. Its finance chief has been arrested in Canada and is under extradition to USA. There are clear reports and indications that PLA has deep connections with Huawei and has links with Chinese military intelligence and espionage. There is a backlash in Europe against Huawei 5G and other Chinese technology. It is not trustworthy to say the least. If USA, Canada and Europe which have better monitoring systems have security concerns, how can an open society with porous systems like India wish that Huawei will not work or front for China? How does one explain these concerns away? How does one feel comfortable with a company operating pan-India reporting to PLA HQ or Beijing? This could be a precursor to events which might put us in a position similar to the Philippines whose power grid can be shut off by the Chinese at their will. These questions need to be answered beyond doubt. Can we run that risk?

Then there are other concerns. India and USA have a strategic partnership. If our strategic partner has problems with Huawei for concerns relating to intellectual theft and military espionage, should we not step back to re-consider? After all, we have signed a binding agreement with our strategic partner which is also our major defence partner. It is called COMCASA (Communications Compatibility and Security Agreement). It allows each other to share high-end encrypted communication and satellite data. It will also mean sharing intelligence data of Chinese submarine operations. COMCASA is a legal framework for defence technology transfer. If we have Huawei for our backbone communications, which is banned by USA, how can this strategic partnership work? Far from strategic partnership, we might be looking at imminent U.S. sanctions. As a nation we should decide who our adversaries and friends are. Remember the hype of ‘Howdy Modi’ and the ‘jhappi pappi’ with Trump? Have we forgotten the closed-door meeting of the Security Council? To refresh memories, it was mooted by China at the behest of Pakistan but blocked by USA. All these were based on our action to abrogate Article 370, I believe. The wider ramifications have been obviously missed out.

As a nation, it was our conscious decision not to participate in the BRI and CPEC. Why? It did not take our sovereignty concerns into consideration. If that be so, how can any set of Indians take this conscious decision to allow Huawei 5G with its questionable antecedents into India? If we hand over our backbone communications to Huawei, we are at risk of handing over our sovereignty to them. Let us not have any doubts about it. If this government or any government does so, it will be held for dereliction of duty amounting to treason as much as Nehru is held responsible for the Chinese debacle in 1962. I do not have to say anything more. I will leave the rest to history. They will run the risk of being branded as traitors. In any case the defeated always face the wrath of history. On that issue I have no doubt. Let me put another fact forward. If we do allow Huawei to enter India with its 5G, we might as well stop guarding our borders. Then, it makes no sense that the PM comes on air in a special broadcast to announce the successful ASAT test firing. Our nuclear posturing has no meaning. Our space prowess has no value. We might as well form a tripartite pact comprising India, China and Pakistan. We will then be called Chindia. I also hope that the new CDS and the Chiefs of Staff have been taken on board. If they have also agreed to let Huawei in, then I have no further comment to make except they will not be respected by their Forces. That’s my most charitable comment.

Let us look at it from another angle. There is a view that we need 5G since it is the future of communications. Agreed. Why Huawei? It is the cheapest. But the price we might otherwise pay will be heavy. It ranges from loss of privacy to loss of independence. Further, will our purpose be served better if we have Chinese 5G or if we have better roads, health, sanitation and other social schemes which affect the life of a common Indian? I am writing this piece from a remote village in the heart of Andhra Pradesh. The lives of people here will not change if 5G comes in. It will change if villages are modernized. Remember, Gandhiji said that India lives in its villages. In fact, the average villager has more than enough communications. He lacks education, jobs, health, hygiene and sanitation, roads, energy, social security and many other things. Focus on 5G by the government will be at the cost of these necessities.

I have an issue with some in the expert committee that has recommended Huawei 5G be allowed entry into India. I understand that there are intellectuals and thinking Indians of international repute in this committee who are convincing the government that Huawei is India’s best bet. However, I am a bit sceptical of such super nationalists who exhibit their nationalism via China. They need to be guarded against. I understand that some of them were spurned by USA also. Social media indicates a lobby is operating from USA. It is trying to convince India that Chinese 5G is good for India when it failed in USA! Strange. The whole thing seems to me like an animated film in which a U.S./NRI salesman is trying to sell Chinese poison to an Indian rat and convincing it that eating the Chinese poison will make it healthy, wealthy and strong. Some sales pitch!

The minimum take on Huawei 5G entering India is that our security and sovereignty will be compromised. The normal take will be that the Huawei Horse is being ‘Trojanned’ by China very deliberately into India. It is cyber war being unleashed in the slickest and most skillful manner. The designs and plans are ominous. I will leave to Indians to decide their fate. From a very personal perspective, which I am sure of, many Servicemen and uniformed people will agree with, is that any government or individual who allows Huawei 5G into India has national credentials of doubtful nature bordering on being anti-national. A final thought. The armed forces of India are deployed on borders to safeguard the sovereignty and territorial integrity of India and to protect the core values enshrined in our Constitution—liberty, equality, fraternity. They cannot be compromised through a commercial 5G contract at New Delhi.

(Lt Gen. PR Shankar (retd) put Indian Artillery on a firm path of modernisation. He is presently a professor at the Aerospace Department of IIT Madras. Views expressed in this article are personal.)