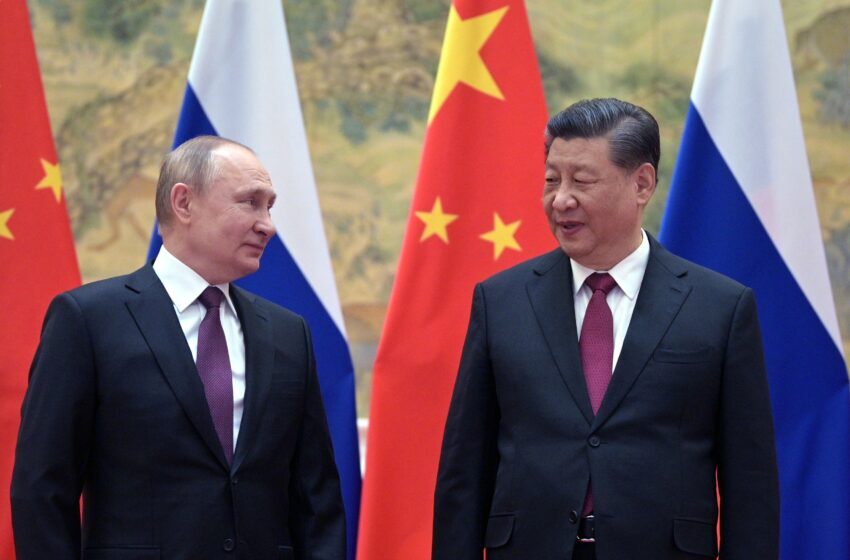 Suranjali Tandon, assistant professor at the National Institute of Public Finance & Policy and a specialist on international trade, gave written answers to questions put to her by Opinion Editor Ashwin Ahmad, on the monetary issues thrown up by the Ukraine war.

Q: President Putin recently said that banks from BRICS nations can freely connect to the System for Transfer of Financial Messages (SPFS), Russia’s alternative to SWIFT. How useful will that be for Russia? Are other BRICS nations likely to opt for this?

A: The sanctions that followed after Russia’s invasion of Ukraine are efforts to weaken Moscow’s access to international capital and its ability to transact with the world. Among the important sanctions is the removal of select Russian banks from the SWIFT network, which allows banks to send and receive messages associated with payments but does not execute the transaction. With the removal of Russian banks from this system, the transaction becomes more cumbersome. However, this does not mean that transactions cannot take place. In fact, the payment systems that are widely used such as CHIPS or TARGET-2 have their own internal messaging system.

In any case, over the years Russia developed its own alternative SPFS, which if used by institutions from other trading and investment partners, can undermine such sanctions. The recent announcement that banks of BRICS countries will now be able to connect to the SPFS is likely to result in a switch. In the wake of the sanctions, Russia’s economic ties with China have remained resilient and even prior to the sanctions the two countries were co-operating to create shared financial structures. India too is exploring alternatives to transact — small banks not removed from SWIFT as well as Rupee-Rouble trade. Given such developments, one can imagine that to the extent Russia’s economic ties remain strong with other BRICS countries, especially on account of oil and gas trade, and demonstrable cost efficiency of SPFS, it is likely that the countries may opt for the alternative. Currently, 52 organisations from 12 countries are already using the SPFS.

Q: Russia has also pushed moves such as the National Payment Card System (NPSK) and MIR since 2015. Has this helped shield the Russian economy? What have been the fallouts?

A: Linked to the issue of removal from fund transfer messaging system is the underlying payment mechanism. That is, even when there is removal of banks from the SWIFT network, transactions may continue where such fund transfers are permitted. However, after the sanctions were imposed Visa and Mastercard withdrew their services in Russia. This means that Russian banks using Visa and Mastercard services may no longer be available outside Russia and foreign bank issued cards may be inoperable in Russia. These payments would then need to be supported by NPSK that provides an alternative called MIR. The MIR was developed to circumvent sanctions imposed during the annexation of Crimea in 2014. The availability of a domestic alternative provides continued authorisation, clearance, and settlement of transactions. Currently, Turkey, Vietnam, Armenia, Belarus, Kazakhstan and Kyrgyzstan accept MIR cards. If Russia is able to push the adoption of MIR as well as China Union Pay, the adverse impact of sanctions on the economy can be mitigated. The fallout will be the development of new financial systems.

Q: It seems that Russia and China are making a bid to offer alternatives to the US payment systems, something other countries are taking note of. Do you think the dominance of the US dollar will be seriously challenged by these initiatives?

A: The current political strain has underscored the dominance of the US financial system that can be used to impose stringent financial sanctions. This is possible since a large fraction of international trade is carried out in US dollars. Further, the dollar remains the dominant reserve currency, meaning the foreign assets of sovereigns are held as US dollars and treasury bills. 62% of foreign exchange reserves are in dollars. While the alternative payment arrangements that are either bilateral exchange markets such as the Rouble-Rupee market or the NPSK provide means to move away from international financial architecture dominated by a single currency, it is expected that the process will be slow. First, a large number of countries would have to be willing to transact for this shift to be permanent, and these countries would as a result have to divest from dollar denominated assets. The current response of the global economy to the increase in interest rates by the Fed indicates that the US dollar continues to be significant. However, we cannot ignore that the sanctions have provided a template for what an alternative may look like.

Q: What do you envisage for the global economy moving forward?

A: The global economy is going through a phase of high inflation and interest rate. Expectations of weak global growth coupled with economic sanctions may amplify the impact on Russia. However, at the moment, the Russian economy is able to cope with sanctions due to the continued trade in oil and gas with its significant trading partners such as Germany, Netherlands and China. If there are further stringent sanctions and no diversification, one may expect that there will be adverse impacts on trade and investment partners from the contraction of the Russian economy that accounts for less than 2% of world GDP.