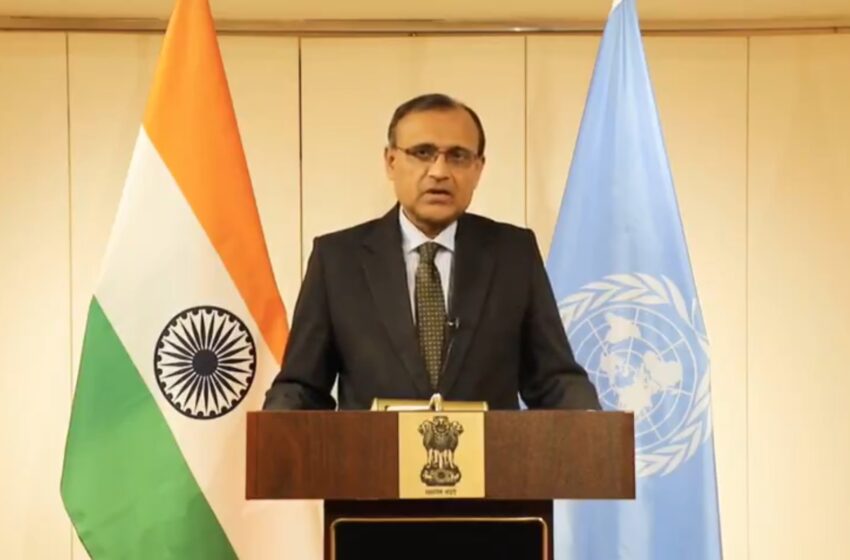 India’s Permanent Representative to the UN T.S.Tirumurti announcing the victory of the Indian candidate for election to the crucial budgetary panel of the UN.

NEW DELHI: In a significant diplomatic victory for India at the United Nations (UN), its candidate has been elected to the prestigious Advisory Committee on Administrative and Budgetary Questions (ACABQ)–which controls the purse strings of the UN.

Vidisha Maitra, an Indian Foreign Service (IFS) officer of the 2009 batch had been fielded by India for the only post there is for countries belonging to the Asia Pacific Group. She is currently first secretary with the Permanent Mission of India in New York.

Maitra won by a huge margin, obtaining 126 votes as against the 64 votes garnered by her rival from Iraq, who has been a member of the advisory committee for over a decade. It was a challenge to unseat the Iraqi candidate but the Permanent Mission of India in New York and South Block in Delhi worked together to stitch together a win.

India has not been on the 18-member panel for the last four years but since it is taking up a non-permanent seat in the Security Council from January for a two year term, the need to make its presence in the budgetary panel was felt necessary. The panel ensures that resources of the member states are used effectively and that mandates are properly funded. It examines the budget submitted by the secretary general to the General Assembly and advises on administrative and budgetary matters.

In remarks made shortly after the win, India’s permanent Representative to the UN T.S.Tirumurti said, “Our membership of ACABQ is particularly relevant now when the UN budget has come under increasing pressure.” He further said that “with India’s rising obligations in both assessed as well as voluntary contributions to the UN, we take the responsibility of administrative and budgetary management of the UN’s functioning very seriously”.

Interestingly, while UN member-states field their candidates for this panel, those elected to it serve in their personal capacity and not as country representatives. All 193 members of the UN General Assembly vote to elect those on the committee and Vidisha Maitra’s victory margin was impressive. Personal qualifications and experience are taken into account for elections.

Maitra is a post-graduate in Economics from the Delhi School of Economics. At the UN, she works on financing of the 2030 Agenda, macroeconomic issues, UN reforms, cooperation with regional organisations and peace and security issues relating to Africa and South Asia among others.