The news from Kailash Manasarovar is grim: media reports have said China is laying infrastructure for a missile site along with accommodation for troops. The missile installation is coming up on the banks of the Manasarovar Lake and it suggests China is going to make it even more difficult for Indian pilgrims to access it. Important to note China had signed an agreement in 1954 to regulate the flow of pilgrims and trade to Manasarovar. But as Claude Arpi notes in the fourth volume of his Tibet series titled ‘The End Of An Era: India Exits Tibet’, within a few years China was objecting to Indian pilgrims heading for Manasarovar. Here’s an excerpt from Arpi’s book published as part of a project with the United Service Institution of India.

PUDUCHERRY: In a previous volume of this study, we dwelt in great detail on the “Agreement (with exchange of notes) on trade and intercourse between Tibet Region of China and India”, which was signed in Beijing in April 1954. The Agreement had two purposes: to regulate the trade between India and Tibet as also to facilitate the pilgrimage to the Kailash Yatra for Indian pilgrims. Unfortunately, soon after signing the Agreement, the Chinese started making it difficult for the yatris to reach the Holy Mountain.

The first incident occurred soon after the Tibetan uprising. In a note from the Ministry of External Affairs in Delhi, we are informed that an Indian pilgrim, Swami Brahmachari Atma Chaitanya, while proceeding on a pilgrimage to Kailash and Manasarovar was harassed by the Chinese authorities. After reaching Taklakot on May 6, 1959, he was interrogated by some Chinese border guards, his baggage was searched, and some of his belongings confiscated.

Yatra in Sanskrit ‘procession’, generally means a pilgrimage to a holy place such as confluences of sacred rivers, mountains or places associated with Hindu, Buddhist, Sikh or Jain epics. It is generally undertaken in groups; those performing the yatra are the yatris.

Now the tragic-comic part of the episode is that he was carrying some homoeopathic medicines; he was immediately accused of having brought them with the intention of poisoning the people of Tibet.

He was detained for five days and later released and allowed to proceed to Kailash and Manasarovar; he was forbidden to return via the Niti pass as he had planned. When he came back to Taklakot, the Swami was asked by the Chinese officials to sign a paper confessing that he had brought poison with him: “This he naturally refused to do. The medicines were not given back to him and he was allowed to return home,” said the Indian note.

This incident had happened before the Foreign Bureau informed the Indian Consul General on August 20, 1959 that Indians should not “proceed on pilgrimage this year in view of military operations being launched against rebels by the Chinese forces in Western Tibet.”

The Government of India could only express its surprise at this incident: “In order to avoid such incidents, it is requested that the officials of the People’s Republic of China posted along the pilgrim routes may kindly be appropriately instructed so that Indian nationals are not subjected to such treatment in the future.”

A few months later, the issue was again discussed; referring to two Indian notes (dated September 24, and October 26, 1959) regarding the question of poisonous drugs carried by Brahmachari Atma Chaitanya, Beijing noted: “After again studying carefully a recent report by the local authorities in Tibet, the Chinese Government is even more confident that its original viewpoint is most appropriate. A laboratory test by the authorities concerned in Tibet already proved that the so-called “frequently required drugs for self use” contained in ten odd bottles carried by the pilgrim Brahmachari Atma Chaitanya were poisonous matters comprising such highly poisonous drugs like Arsenic Alb, Merc. Cor., Aconite Nap., Phosphorus, Nux Vom and so on.”

Communist China had obviously no clue of how small homeopathic dosage work; the Chinese note added: “No one with a little common sense would think that such a big variety of highly poisonous matters being in the possession of a single person can become frequently required drugs for self use.”

Beijing regretted the terminology ‘drugs for self use’ used by India in its earlier note. It blasted India for lodging a protest with the Chinese Government “for examining the law-breaking pilgrim and the confiscation of the poisonous drugs for the purpose of safeguarding the security of life of the Tibetan people and for protecting the security of life of those going on a pilgrimage in Tibet from India.”

At the end, the Chinese Government said that it “categorically rejected this kind of [un]reasonable protest and cannot but think that this attitude of the Indian Government is an irresponsible attitude on their part towards the unfortunate incident that might take place. The Chinese Government requests the Government of India to deal strictly with the pilgrim that carried poisonous drugs with him to Tibet and expresses the hope that measures will be adopted to prevent the recurrence of similar cases.”

But the issue was not over; on July 27, 1960, Delhi decided to argue that the views expressed by Beijing were not based on facts. It provided a list of the medicines carried by the Swami:

The Indian note added that these are “well-known and commonly used homeopathic medicines, and although they are so diluted as to make them innocuous and absolutely safe for medicinal use, such drugs are freely sold in India and other countries and no case of death or poisoning is known to have followed the administration of these medicines.”

Once again, China was asked to protect Indian pilgrims going to the sacred mountain.

A Letter From The Prime Minister

In June 1960, Swami Vidyananda Saraswati of Sri Geeta Satsang Kailasksetra in Nainital wrote a letter to the Prime Minister; he wanted to know about the pilgrimage to Mt Kailash. Nehru answered that the government had received reports about internal trouble in Tibet, “sometimes leading to conflicts between the Tibetan rebels and Chinese authorities. I imagine that it is because of this that the Chinese authorities have announced that pilgrims should not go to Manasarovar or Kailash.”

Nehru told the Swami that it would not be proper for pilgrims to go “when the authorities there are against such tours. It is not a question of not wanting any facilities from the Chinese Government. The Government might well stop these pilgrims from going there and this will no doubt bring much hardship on the pilgrims.”

The Prime Minister rightly pointed out that “It will not be fair to the pilgrims to be asked to go there when it is known that they might not be able to complete their yatra. Our advice, therefore, would be that such tours should not be undertaken this year.”

A month later, Nehru wrote again to the same Swami that the Chinese Government had requested that no pilgrims should go to Kailash this year because of internal troubles in Tibet: “If any pilgrims, nevertheless, go there, they will do so on their own responsibility. The Government of India cannot insist on the Chinese Government providing safe escorts.”

A Debate In Parliament

On August 8, 1960, a debate took place in the Rajya Sabha on the safety of the pilgrims. MP Bhargava, an Independent Member of Parliament (MP) and PN Rajabhoj asked: (a) Whether any Indians visited Kailash and Manasarovar on pilgrimage during the summer of 1960; and (b) If the answer to part (a) above be in the affirmative, whether Government have received any report from the pilgrims about their experiences there?

Lakshmi Menon, the Deputy Minister of External Affairs, cautiously answered: “The pilgrim season commenced in May, but is not yet over. A certain number of pilgrims went to Kailash and Manasarovar before the Chinese Government cautioned against pilgrims proceeding to these places.”

When MP Bhargava asked about the restrictions put by the Chinese, the Prime Minister answered: “The Chinese Government has said that they should not come at all; they have advised the pilgrims not to come.”

When DA Mirza asked the reason, Dr S. Radhakrishnan, the Chairman of the Rajya Sabha, intervened to say: “You have to ask the Chinese Government.”

Another MP asked if Indians would be prevented to go to Kailash thereafter. Jawaharlal Nehru said: “How can I answer for the future? It is not an international right for us to go to another country, but it is a matter either for a treaty or it should depend upon the relations between the two countries. In this particular matter, they clearly said that they could not give security owing to the conditions prevailing in Tibet, in those areas of Tibet, to the pilgrims. The debate went on for some time and several MPs expressed their emotions that Indian yatris were unable to go the holy mountain.

‘China Is An Anxious State; All Its... 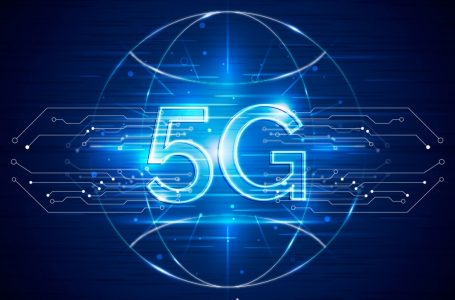