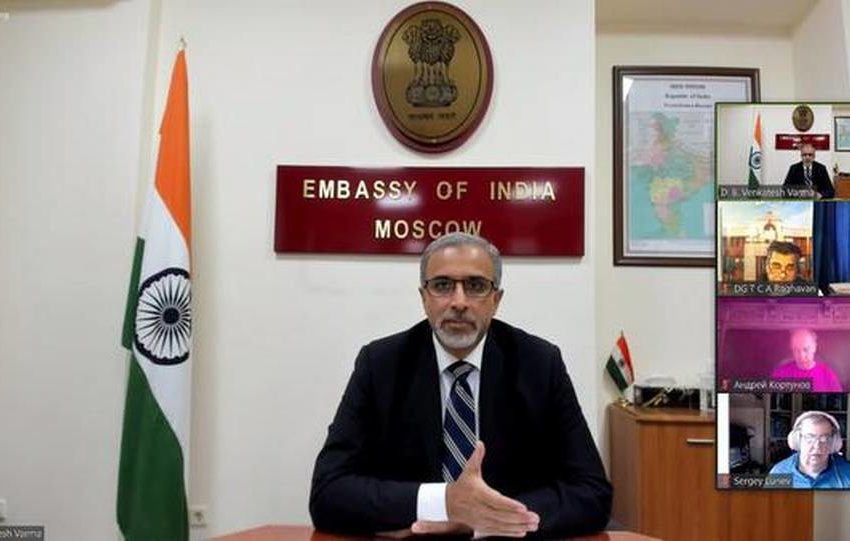 NEW DELHI: What happens when a close friend is close to your main adversary? Delhi is yet to find an answer as it continues its endeavours to find common ground with Moscow about its concerns in the Indian Ocean and elsewhere.

“India is very interested in stability in Eurasia and we would very much like Russia to be more involved in the Indo-Pacific,” said D.B.Venkatesh Varma, India’s ambassador to Russia. “If India were to say that no country in the region should look for unilateral advantage at the cost of international rules and law, I am sure Russia will agree. We urge our Russian partners to look at their own interests in the region as we move forward,” he argued at a webinar organised by the Indian Council of World Affairs.

But the Russians have seen no need to buy into the Indo-Pacific, an American construct, when the same America has sanctioned trade and economic ties with Russia.  But the same Indo-Pacific (Asia-Pacific as it was then) connected Russia and India intimately in the past.  In the days of the USSR (1960s, ‘70s and ‘80s), there was a direct shipping link between Chennai and Vladivostok, traversing the Indian Ocean and the Pacific. Indian diplomats may have even conveyed to their Russian counterparts that their joining in could help ensure that the Indo-Pacific does not descend into the India-China rivalry now evident in Ladakh (and soon probably along other sectors of the Line of Actual Control).

Russia visualises its economic future through the Eurasian Economic Union, which ironically, is in direct competition with China’s vision of the BRI. Moscow is very concerned with Beijing’s inroads into Central Asia as well as the Far East. China’s ties with Iran are another source of concern as Tehran is key to Putin’s ‘Greater Eurasia’ vision. There’s also the question of security, given that Iran shares borders with many post-Soviet nations such as Azerbaijan and Turkmenistan.

Afghanistan is another concern. As Ambassador Varma pointed out, “India and Russia are best placed to be sensitive to each other’s security interests. When we talk about sensitivity to each other’s security interests this would best be reflected in the new changes that are taking place in Afghanistan. Since the last six months, there have been a number of developments that post common threats to Russia and India.”

That may not be how Moscow sees it. President Putin wants to make sure that the Islamic State does not establish a base in Afghanistan from where radical Islamic militants can enter Central Asia. The Taliban see the IS as a rival, so Russia’s diplomats are doing everything they can to woo them. Add to that, Russia seems quite happy about US forces departing Afghanistan, Putin apparently believes this will aid that country’s stability.

But all is not doom and gloom. Russia may have publicly shown a neutral stance during the India-China standoff in Ladakh but privately, what went on between Moscow and Delhi could well make Ambassador Varma’s memoir a best seller. A clue lies in the speed with which Moscow agreed to Delhi’s request for MiG-29 fighters, and early induction of the S-400 missile defence system into the Indian Air Force.

Russia undoubtably, is not in its prime. It has lost ground steadily to the US and is seen more and more as hanging onto China’s coattails. But veteran diplomats will confirm that Russia has never sought to undermine India in its own region, nor tried to build up rival power centres in the neighbourhood. Russia has provided practical help for India in the recent crisis without tomtomming it. The Russian connection matters.