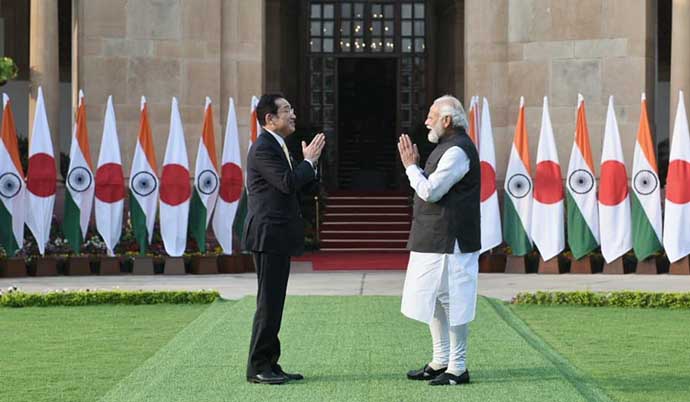 NEW DELHI: Ahead of Japanese Prime Minister Fumio Kishida’s visit, the announcement from Tokyo of a $42 billion low interest loan commitment to India sparked some speculation. It was combined with Kishida’s publicly voiced intention, when he met Narendra Modi, to encourage a unified approach on Ukraine. Kishida was quoted as saying: “Since the Russian invasion of Ukraine coincides with this trip, I’d like to emphasize the importance of international unity …” Was Kishida’s loan a carrot to get India onto the U.S.-led bandwagon opposing the Russian invasion of Ukraine? If that was indeed the case, there is no indication of India succumbing....Read More