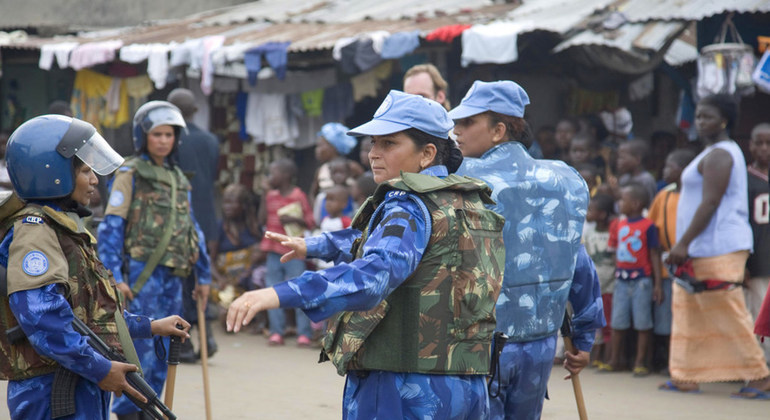 In 2007, India became the first country to deploy an all-women contingent to the UN peacekeeping mission, in Liberia. (UN Photo: Christopher Herwig)

NEW DELHI: Late last month, at memorial ceremonies in the United Nations for slain peacekeepers, it was a moment for India to remind the world of the 164 lives it had sacrificed in the service of UN missions worldwide. For Indian diplomats and military personnel, it was also time to reflect on an uncomfortable fact: India today contributes less troops to UN missions than ever before. UN figures for 2018 show Ethiopia, not even half India’s size with a total military of 162,000 personnel (vis a vis India’s 1-million-man army), had over 7000 troops on UN missions. Comparatively, India fielded a little over 6,600 troops, just a shade more than Rwanda and less than Bangladesh! The 2021 rankings showed India in the same fourth position (with a little over 5000 troops deployed) with South Asian neighbours Sri Lanka and Nepal close behind. But is UN peacekeeping all about numbers of troops and personnel?...Read More