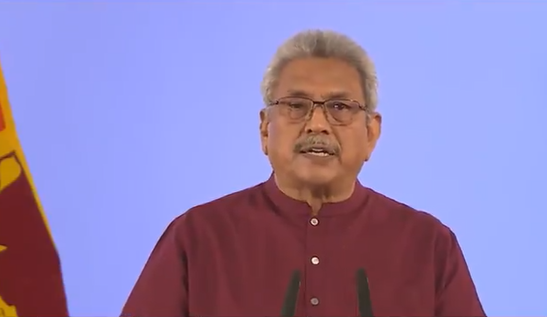 Emphasising that the policy of the government is to direct agricultural activity in the country entirely towards the use of organic fertilisers, President Gotabaya Rajapaksa said that the officials who do not agree with it are free to leave.

“Stressing the need for officials to seek solutions for the protesting farmers within the green agriculture policy, Rajapaksa said that there is no impediment for officials who do not agree with the government’s policy to leave. He said that the support of an honest team of officials is needed for the success of this programme,” stated the President’s Media Centre (PMC).

He made these remarks during a special meeting held at the Presidential Secretariat on Monday, where the Maha cultivation season and the supply of organic fertilisers were discussed.

Rajapaksa also pointed out that the reason why farmers are protesting these days and delaying their cultivation activities is that they are not properly aware of the use of organic fertilisers. He expressed his displeasure to the officials for not educating the famers properly.

He also said that in implementing the government’s policy, the existing chemical fertiliser mafia should be identified. The commitment of officials is essential to fight it and to achieve the right objective, Rajapaksa said and added that hereafter, the government will provide subsidies only for organic fertilisers.

He then inquired from officials at the district level about the cultivation of paddy and other crops in all parts of the country. The officials informed him that heavy rain and delays in distribution of organic fertilisers have affected the harvest of many crops, including vegetables. However, at the district level, cultivation of nearly 70 per cent of the total farmland has commenced now, officials told the President.

A proposal to ban the use and importation of chemical fertilisers, pesticides, and herbicides/weedicides was submitted to the Cabinet of Ministers by President Rajapaksa and the same was approved, following which the relevant gazette notification was issued in May 2021.

However, during the meeting on Monday, Rajapaksa instructed Agriculture Director General Dr Ajantha de Silva to take necessary steps to import specialised chemical fertilisers and pesticides required for vegetable cultivation, in limited quantities, for a limited period, owing to the current lack of organic and liquid fertilisers that can be used for vegetable cultivation, and the prevailing rains.

“This decision does not mean that the policy of organic farming mentioned in the President’s manifesto has been abandoned, but considering the current situation, the President instructed to take necessary steps to import a limited quantity of chemical fertilisers as there are no organic and liquid fertilisers that can be used for vegetable cultivation,” Dr de Silva explained to The Morning.

On an earlier occasion, the Finance Ministry, through the gazette notification number 2238/45 of 31 July 2021, relaxed regulations on the importation of chelated (a type of bonding of ions and molecules to metal ions) minerals and micronutrients for the purpose of producing fertiliser. Accordingly, nitrogen (N) fertiliser, phosphate (PO₄³⁻) fertiliser, potassium (K) fertiliser, and fertilisers containing such minerals and chemical fertilisers containing a combination of fertilising elements, which were previously banned from being imported, were brought under the import control licence (ICL) by the aforesaid gazette notification.