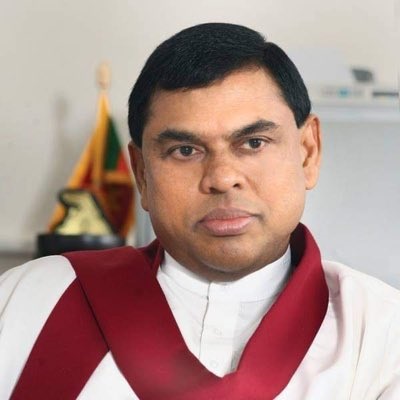 COLOMBO: Sri Lankan Finance Minister Basil Rajapaksa is expected to visit India in early December, while reports from the government stated that the impending Indian tour could even take place this week.

The Finance Minister had sought meetings with several senior members of the Indian Government including Indian Prime Minister Narendra Modi and the Ministers of Finance and External Affairs during his visit, The Sunday Morning has learnt.

Senior government sources told The Sunday Morning that Finance Minister Rajapaksa’s Indian tour is aimed at pushing for more Indian investments into Sri Lanka, while the main focus would be on securing a line of credit that would help ease the growing pressure on Sri Lanka’s depleted foreign reserves.

It is learnt that Rajapaksa is to push for a $ 1.5 billion credit line with India in order to ease pressure on the country’s foreign reserves, while also preventing a scenario where the government would have to seek assistance from the International Monetary Fund (IMF) to address the current economic crisis.

“Sri Lanka’s export income at present stands at $ 1 billion (per month) while the import expenditure is $ 1.3 billion. This creates a gap of $ 300 million per month. In the event the government manages to secure $ 1.5 billion from India, it could comfortably carry out its operations for at least another five months by meeting the monthly $ 300 million shortfall,” the senior government source explained.

Sri Lanka’s main import markets are China, India, and the UAE. The government, it is learnt, is now looking at negotiating deals with these countries where payments could be made in currencies other than the dollar (i.e. yuan, Indian rupee, and dirham, respectively).

Meanwhile, a delegation of IMF officials is to visit Colombo to conduct Article IV consultations on Sri Lanka’s economy and the latest developments in the country. Following the consultations, a report on Sri Lanka will be presented to the IMF’s Executive Board.