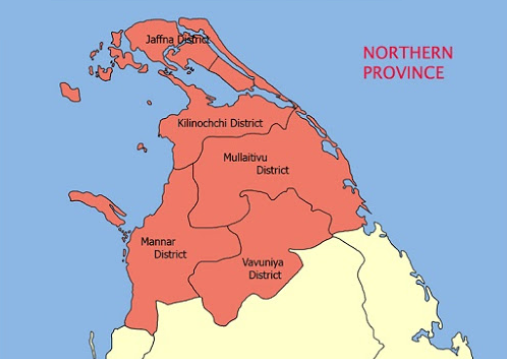 COLOMBO:  As the new government’s cabinet ministers and state ministers took oath for their respective portfolios, infrastructure development in the Northern Province, which was stopped during the Covid-19 outbreak and the general election, has recommenced.

Northern Provincial Council Director of Planning E. Johnson, speaking to ‘The Morning’, noted: “Many of the foreign-aided projects that were slowed down due to Covid-19 have now gone back to speed. At present, there is an Agriculture Sector Modernisation Project that is supported by the World Bank underway in the Kilinochchi District and also the Other Field Crop Cultivation programme that was rolled out under the Project Saubhagya implemented during the Covid-19 curfew period. In addition to that, we are open to oversee any of the development projects the current Government is planning to roll out.”

Mahinda Rajapaksa, resuming his role as Prime Minister of the ninth Parliament last week, expressed keen interest to recommence the development programmes that were disrupted at the end of his previous tenure as President, which concluded in 2014.

During his debut interview with an independent media channel, the Premier stated that these projects will recommence under the SLPP-led (Sri Lanka Podujana Peramuna) government that was recently appointed. “Our Government will cater to the needs of all our citizens, irrespective of race or cultural background. There are urgent priorities in the Northern Province with regard to livelihoods, irrigation for agriculture, the upgrading of exports, and the improvement of facilities in health and education,” Rajapaksa told the media institute.

During his tenure as President in the post-war years (since May 2009), the government had to clear landmines and weapon caches across the northern peninsula, during which access to the North was restricted on as-need basis.

In mid-2011, Rajapaksa had announced several development programmes for the North which saw the widening and relaying of roads; rebuilding bridges and causeways; restoring rail links, development of the fisheries sector and fishing harbours, restoring the Kankesanthurai Harbour with Indian assistance; establishment of governance structures in the North and pushing for better integration of the North with the rest of the country.