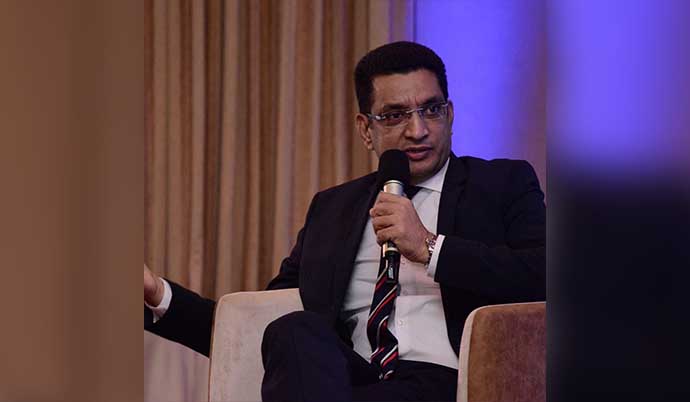 In the letter dated April 5 sent to the President, which was seen by The Morning, Sabry stated that after tendering his resignation from the post of Justice Minister on Sunday, it was not his intention to take up any other post.

“In order to maintain parliamentary democracy and the stability of the system and constitutional governance and in light of the multitude of requests made by the business community, professionals, and some of my cabinet ministerial colleagues, I decided to accept the post of the Finance Minister as an interim measure until a suitable, full-time, sustainable solution is found,” Sabry stated.

In the letter, he further stated that taking into account the current situation, he is now of the view that for the President to make suitable interim arrangements to navigate the unprecedented crisis, fresh, proactive, and unconventional measures need to be taken, including the appointment of a new Finance Minister.

“In order to facilitate such an appointment, I tender the resignation from the post of Finance Minister with immediate effect. If the President wishes to appoint a person suitable to handle the situation from outside the current Parliament, I am willing to step down from my parliamentary seat in order to enable such an appointment,” the letter read.

President Rajapaksa requested all political parties represented in the Parliament to assume ministerial posts and to contribute to resolving the crisis situation in the country, after which he appointed four Ministers, according to him, in order to maintain the stable functioning of the Parliament and the country until a full Cabinet of Ministers is appointed.

After ministers resigned en masse on Sunday, President Rajapaksa invited all political parties to come together to find solutions to the ongoing national crisis. “The current crisis is a result of several economic factors and global developments. As one of the leading democratic countries in Asia, solutions should be found to this within a democratic framework. Considering this a national need, the time has come to work together for the sake of all the citizens and future generations,” a recent statement from the President’s Media Division read.