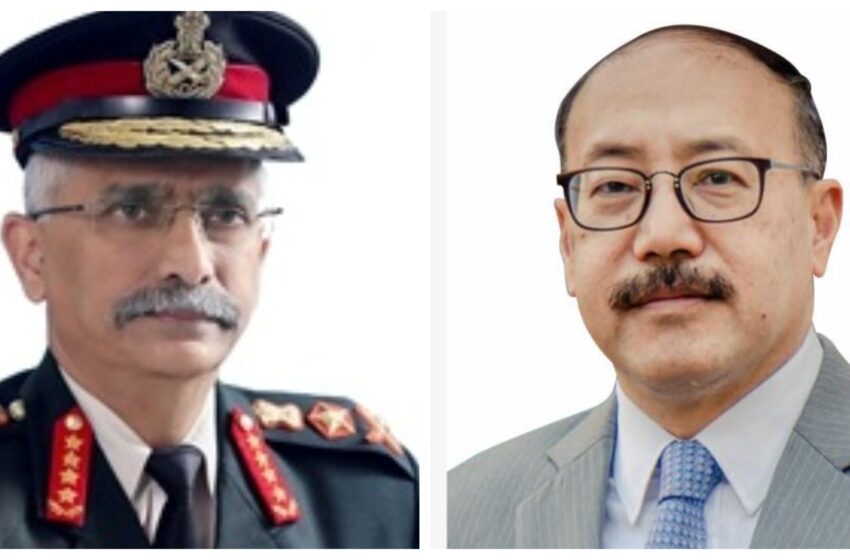 NEW DELHI: With elections in Myanmar just a month away (Nov 8), Foreign Secretary Harsh Vardhan Shringla and army chief General M M Naravane are jointly reaching out to the civil military leadership of that country, on a visit beginning today.

They will call on State Counsellor Aung San Suu Kyi and the Armed Forces Chief Senior General Min Aung Hlaing. Defence and security cooperation will be on top of the agenda with sources pointing out that “We already have an agreement not to support elements inimical to each other.”

Sharing a long and porous border of 1,643 km, insurgents from India’s northeast have often found refuge in Myanmar. The latter has extended all cooperation to India in tackling these insurgents. In May, 22 insurgents were handed over to Indian custody.

Also on top of New Delhi’s mind will be the Rohingyas refugees issue. Over one million are sheltering in refugee camps in Cox’s Bazar in Bangladesh and remain a security concern for both Dhaka and New Delhi, amid growing fears of their radicalisation.

India has been trying to help create conducive conditions for the return of the refugees to Myanmar through “ early stabilisation of the situation in the Rakhine State”. Sources said India understands the urgency of this situation and has committed humanitarian efforts in both Myanmar and Bangladesh to facilitate an early return of the Rohingyas.

The two sides are also expected to discuss the proposed coastal shipping agreement which will allow an Indian company to operate the strategically located Sittwe port overlooking the Bay of Bengal.

As indicated by Shringla in his opening remarks during the Foreign Office consultations on October 1, India is “working towards operationalising the Sittwe port by the first quarter of next year,” despite the challenges posed by Covid19.

For New Delhi, the operationalisation of the port would be a game-changer in terms of connectivity to India’s northeast. It’s part of the ambitious Kaladan Multimodal Transit Transport system being executed by India in Myanmar for which it has pumped in $1.4 billion.

India’s strategic stakes in Myanmar extend to the energy sector too. With investments of over $1.2 billion, Myanmar has the highest Indian investment in any country in South Asia. Recently India approved an investment of over $120 million in the Shwe oil and gas project in Myanmar.

Incidentally, India will provide another financial grant as Covid19 assistance to add to the $1 million announced earlier. India has already agreed to provide debt service relief under the G-20 Debt Service Suspension Initiative to help Myanmar mitigate the impact of COVID-19.

This is Shringla’s fourth visit overseas since taking over as FS in late January. He travelled to Afghanistan in February and Bangladesh the following month. He visited Bangladesh a second time in August–the first visit abroad since the Covid19 pandemic limited travel in late March.

This is Shringla’s fourth visit overseas since taking over as FS in late January. He travelled to Afghanistan in February and Bangladesh the following month. He visited Bangladesh a second time in August–the first visit abroad since the Covid19 pandemic limited travel in late March. The visit to Myanmar is his second visit abroad in pandemic times. As for Gen Naravane, this is his first visit outside the country since the pandemic affected visits.