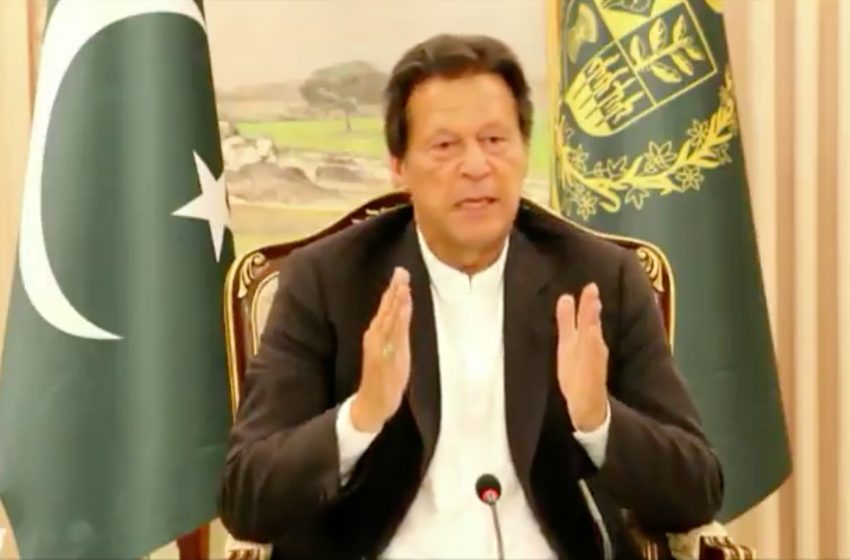 NEW DELHI: In 2018, Imran Khan became Pakistan’s Prime Minister promising to be the ‘all-rounder’ he once was for his country on the cricket field. His election manifesto was titled ‘The Road to Naya Pakistan’. Two years later, the road seems endless, the destination far from sight.

The country’s finances are in a parlous state, there’s a squeeze on handouts from Islamabad’s traditional friends, there seems no visible government effort in tackling the Coronavirus, the country is on the mat internationally for backing terrorism and could be blacklisted by the Financial Action Task Force (FATF). The list goes on.

Imran Khan’s ship of state is like no other. The steering wheel is in the hands of the army which, since the Musharraf years, realised the need for a civilian facade. But it’s perhaps the first time an elected Pak PM has allowed himself to be the purveyor of false information.

Since August last year when India scrapped J&K special status and bifurcated it into two union territories, Khan’s twitter account that has over a million followers, has disseminated a trove of misinformation. First, he made a series of appeals to world leaders to intervene. That didn’t work. Worse, few Islamic countries created a fuss. Then came Modi and RSS bashing. A tweet dated May 21 accuses India of committing “war crimes” in Kashmir, claiming that a “false flag operation is imminent from India in order to divert world attention” from Kashmir.

In September 2019, Ryszard Czarnecki, a member of European Parliament (MEP) from Poland, criticised Pakistan for its terror policies. Taking a jibe at Pakistan, he said: “Terrorists didn’t land in Jammu and Kashmir from the Moon”.

The same month, the Asia Pacific Group (APG) published its report on Pakistan and its poor compliance with the provisions of FATF. The APG is a technical body whose members are committed to the effective implementation and enforcement of the internationally accepted standards against money laundering, financing of terrorism and proliferation financing set by FATF.

In the annual Global Terrorism Index 2019 published by the US Department of Homeland Security (DOHS) in November 2019, Pakistan was accorded a prime spot repeatedly—perhaps a matter of pride for the deep state.

In December 2019, Javad Zarif, the Iranian Minister for External Affairs, accused Pakistan-based terror groups like Jaish al-Adl of carrying out attacks in his country.

In April last year, Khan admitted that Pakistani soil was being used to stage attacks inside Iran. He followed that up in July at the US Institute of Peace, where he acknowledged that Pak-based terrorists were fighting in Kashmir and that the Jaish-e-Mohammad was active in India. A month later, after India scrapped Article 370 in J&K, Khan predicted that “incidents like Pulwama (terrorist attack) are bound to happen again”. He even told the Council on Foreign Relations in New York that the Pak army and ISI had trained terror groups and safe havens had been provided to these groups in his country.

Yet, when the head of the government does nothing and is a willing accomplice to his military masters, there’s little hope for the country. As former U.S. defense secretary James Mattis put it: “Of all the countries I’ve known, I consider Pakistan the most dangerous”.