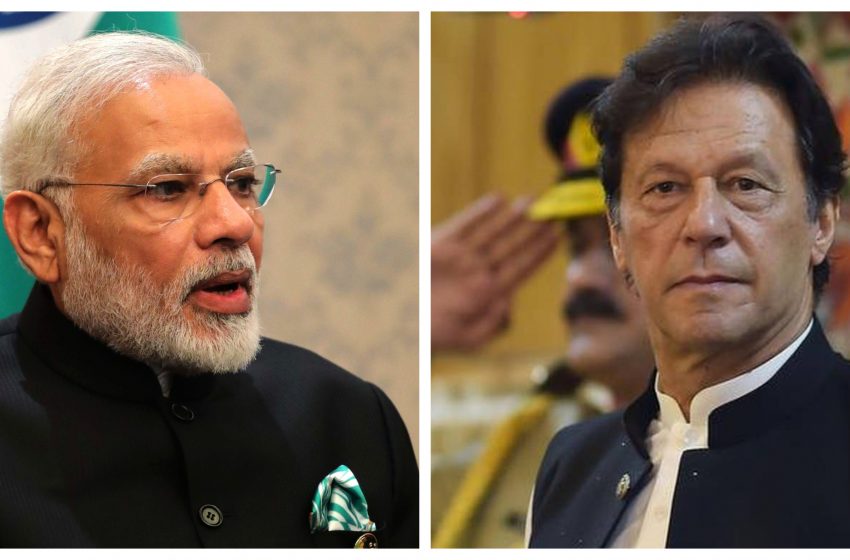 MUMBAI: India’s relations with Pakistan have been frosty for the last many years. When India isn’t actually fighting the Pakistani strategy of death by a thousand cuts to India, there are routine border skirmishes, perception wars and narrative propaganda to deal with.

Pakistan has been fighting asymmetric battles with India for many years. The Indian posture has traditionally been defensive. Except in the last few years, when India has militarily punished Pakistan for its misadventures, even the conventional defence options had been an anathema. But there is a range of other, non-military options, which can also be deployed.

These options all arise from the fact that Pakistan is a “jelly state” to quote veteran journalist MJ Akbar. On the various dimensions that Pakistan is unstable, the most notable is the economic one. The Pakistani economy, despite the headline gross domestic product (GDP) growth, has been beset with several issues, many of these structural. Understanding these challenges can help India devise economic counters to Pakistan to hollow it out.

Despite low living standards, the private consumption in Pakistan is 82 per cent of its GDP. It has been the same for the last three years. The Gross Fixed Capital Formation as a percentage of the GDP, an indicator of investor confidence in the future, is down from 14.8 per cent in FY 2004 to 13.8 per cent in FY 2019. Normally, the central bank should reduce interest rates to spur investments in such a case. But the Pakistani State Bank (PSB) benchmark rates are now over 13 per cent. These rates are necessitated to arrest the downfall of Pakistani Rupee (PKR) and attract remittances, a key ingredient of the country’s forex reserves.

However, despite this high rate of borrowing, inflation in Pakistan has been intractable. In the last financial year, inflation has been well over 6 per cent, even touching 12 per cent at times. Despite the remittances flowing in and interest rates at multi-year highs, PKR has slid 50 per cent against the United States Dollar (USD) over the last five years. This increases the cost of foreign borrowing for Pakistan, which is already at 32 per cent of the GDP. Pakistan’s external debt is more than four times its forex reserves and debt servicing outflow accounts for 14 per cent of Pakistan’s foreign exchange earnings (up from 8.5 per cent in 2016) . In the next few years, if the PKR continues to fall and growth remains anaemic, servicing the foreign debt might well become unsustainable.

Low growth, high inflation, sliding currency, high cost of internal borrowing and unsustainable external borrowings. What can India do to leverage if not hasten this perfect storm?

Pakistan’s external debt was around PKR 12 trillion or about $81 billion at the end of September 2019. Of these about $6-7 billion was in the form of Euro/Sukuk global bonds, some of which (over US $3 bn) are listed on the Luxembourg Stock Exchange.

India should explore the feasibility of using our own financial institutions to increase borrowing costs for Pakistan on these bourses, which in turn will have a trickle impact on its other commercial borrowings. This can be done by a combination of shorting Pakistani bonds on these bourses, and/ or buying credit default swaps on these bonds in a time targeted manner, focusing around the borrowing schedule of Pakistan. As the bond prices fall, the yields will rise, making it tougher for the country to borrow afresh.

To cover for the rising cost of borrowing, Pakistan will have to deploy its foreign exchange reserves, which are already depleting but for the remittances it gets. It will also push Pakistan to increasingly depend on bail-outs from Saudi Arabia, Qatar, and U.A.E., countries that are facing dynamic geopolitical pressures of their own.

India is currently sitting on its highest foreign exchange reserves ever, so using some of these reserves for a financial engineering operation may not be that big a problem.

Pakistan’s goods exports in the last financial year were $23 billion, of which $13 billion or 58 per cent of the total came just from the textiles industry. This industry is not just export-intensive; it also creates bulk jobs—a low-cost manufacturing leverage, which even India has been trying to tap into.

Of the textile exports from Pakistan, 97 per cent are from the basic cotton textile area. The country hasn’t upgraded itself in a big way in synthetic or woollen textiles businesses. India is already focusing on developing textiles as a key growth sector for our own economy.

With flexible labour laws, tax holidays, social security subsidies and a general exports thrust, India can easily weaponise its own textiles capability to target Pakistani exports. Our textile exports are already in the $35 billion range annually. Specific targeting of large buyers of Pakistani exports and taking away just 25-30 per cent of Pakistani exports can destabilise Pakistan’s biggest foreign exchange earning sourcing. On the contrary, this value will be under 10 per cent of India’s textile exports, so creating additional capacity rapidly it not going to be a challenge.

Technology Play In Saudi Arabia and the UAE

Nearly 45 per cent of its robust $22 billion remittances—currently the most important reason why Pakistani economy hasn’t collapsed—comes from Saudi Arabia and the UAE. Unlike other Asian nationalities, where there is a continuum of workforce skills, Pakistanis are more likely to be engaged in lower-end manual labour more often than not. Driving and construction are two such occupations.

Both Saudi Arabia and the UAE tend to be behind the curve when it comes to using enterprise technology. India can specifically invest in industrial scale technologies and export such expertise, which can substitute labour deployment in these countries. Areas like self-driving vehicles, autonomous industrial equipment and use of drones can easily offset labour use in the heavy industries like of which are abundant in the Middle East.

Cannibalizing lower end manual jobs will most significantly hit Pakistani workforce. With the government of Pakistan in no position to invest in short-term skills upgrade or long-term education revamp, this action can precipitate a remittance crisis.

The Pakistani military is not just a fighting force but also a trading giant, much like the British East India Company. The military runs several businesses related and unrelated to defence and has over time come to become a parallel centre of economic activity in itself. As per a report presented in the Pakistani Senate in 2016, there were more than fifty commercial entities owned by the military, which were collectively worth $20 billion in value. In fact, some independent commentators estimate the army’s total stake in private businesses to be over $100 billion (around 40 per cent of Pakistan’s FY 2019 GDP).

From brands like Fauji Fertilizers to banking entities like the Askari Bank, from real estate business by the Defence Housing Authority to cement factories, the military runs a budget which is outside the Pakistani federal budget. The military has also got involved in seemingly utilitarian consumer businesses like running petrol pumps, bakeries and dairies. The Fauji brand is all pervasive in the economy.

India can identify key products of the Fauji Foundation, against which Indian exports can be dumped in major overseas markets of Pakistan. India can today afford to remain irrational longer than Pakistan can afford to remain solvent. Such export dumping can be easily subsidised by the Indian government until it makes an impact. Making a dent in the Pakistani military-industrial complex will severely impact the power armed forces enjoy in the country.

One area where India has traditionally lagged far behind Pakistan is leveraging the power of global lobbying. This is of significance given that Pakistan budgets 28 per cent of its gross federal resources for FY 2020 to come from external sources in the forms of loans and grants. Additionally, over $50 billion of its external debt outstanding in FY 2019 was through the Paris Club and various multilateral and bilateral arrangements.

From engaging the thinktanks on the Beltway to contributing to an ignoble December 2019 election defeat of the gullible British Labour Party over the Kashmir issue, the Pakistani propaganda machinery internationally is far more productive and effective. In July 2019, Pakistan revealed that it had hired Holland and Knight, a leading lobbying firm, to further its interests in the United States.

Even otherwise, entities like the Fai network, run by the Kashmiri moghul Syed Ghulam Nabi Fai, have been instrumental in the past in manipulating Indian opinion makers at scale. India, on the other hand, has no truck with the Pakistani intelligentsia, opinion makers or artists and this equation is not likely to change.

While India has just started to leverage its diaspora, there is a long way to go. There has to be a systematic investment in putting across Indian point of view. With conservative and nationalist politics currently in favour in many key countries, there is no better time to create international pressure on Pakistan and develop goodwill for India. We already have the right stories of past sufferings and the future potential to tell—investments are needed in packaging and in cultivating allies.

The domino impact of targeting exports, external borrowing rates and external relations will be huge. Taken together, it will cause PKR to weaken, which does impact Pakistan’s external debt servicing ability. It will also cause the Pakistan central bank to keep increasing rates which will in turn cause capital to become expensive locally, causing further structural problems due to scant capital investment. Pakistan has received a lot of inflow in its domestic debt issues because of the carry, i.e. borrow outside at low rates and then invest in Pakistan for 11 per cent. But this works only till the investor feels that the currency will not depreciate by 10 per cent. It can all unravel pretty soon if currency weakens.

India has all the reasons as well as the right capabilities to create its own version of exploding mangoes on the western front. A little imagination and investment from the government can go a long way.

(Aashish Chandorkar is a public policy analyst based in Pune. Anirudh Limaye is an investment management professional. Views expressed in this article are personal.)