NEW DELHI: “Straight Arrow” or “Mullah General”? Both descriptions have been ascribed to Lt Gen. Asim Munir, who was named as the next army chief by Prime Minister Shehbaz Sharif on Thursday.

Straight Arrow because he is known to call a spade a spade, but also because reportedly, as ISI chief, he told then prime minister Imran Khan about corruption in his inner circle, for which he was unceremoniously booted out.

The “Mullah General” appellation relates to his memorisation of the Quran (he is otherwise clean shaven), which also suggests his stock is radical, something that may not bode well for India.

Former R&AW special secretary Ramanathan Kumar, who studies Pakistan closely, told StratNews Global in an interview broadcast on Nov. 22 that all indications pointed to Gen. Munir given the broad hint from Islamabad that an announcement would be made by November 27, which is when Munir would have retired.

More interesting, Ramanathan notes, is that Munir is the first “Mullah General” to head the Pak Army, and may be inclined (more than other generals perhaps) to make a move on India utilising the considerable reservoir of terror proxies.

“Our experience of having religious generals in positions of authority has not been a particularly happy one,” he said. “I’m not saying since he is a radicalised officer but it creates an environment in which certain forces may be emboldened or fancy to take their chances … and while Pakistan will remain embroiled in political churn for some time there is need for us to be on our toes.”

Pakistan’s dire economic condition could force him to exercise restraint. Add to that, it’s been a little over one month since Islamabad was removed from the FATF grey list on terror financing. A direct army operation on India not only carries the risk of renewed international strictures, it could trigger a wider war with unforeseen consequences.

In that sense, use of terror proxies is not only practical and low cost, it gives the army deniability.

But India may figure only further down in his plans. Right now, taming Imran Khan could be the priority. He has caused much grief and embarrassment to the institution Munir belongs to. Also, don’t forget, Munir has a personal stake in this given how he was thrown out in 2019 as ISI chief by Imran.

Only time will tell if Munir can checkmate Imran. The latter has a considerable following which translates into a big stick on the street. But appearances, as the saying goes, could be deceptive. No less than Shuja Nawaz, author of some seminal books on Pakistan including on its army, said in a recent interview that Imran Khan does not have the kind of national following that the late president Zulfiqar Ali Bhutto had, “although he comes close”.

While Imran has shown a great capacity to disrupt, Nawaz doubts that he has the strength to defeat the army politically. Imran’s PTI is essentially a one-man party, the large mass comprises people who have joined from other parties, it lacks cohesion.

He also makes the point that the “political parties in Pakistan remain weak and divided and tend to either make alliances with the military or use opposition to the military to gain popular support. But the military is the most organised political institution in the country. It also has coercive power and that it uses whenever the need arises (although this coercive power may not be available to the army at this point).”

Munir was not only ISI chief (although for a truncated period), he also headed the Military Intelligence. It suggests expertise in subversion, subterfuge and skulduggery, qualities that will be brought to bear in full measure to tame King Khan.

But Imran may just throw a spanner in the works. Although Munir’s name has been cleared by the PM, it has to be endorsed by President Arif Alvi, who belongs to Imran Khan’s party. Yesterday, Imran had said the President would definitely consult him on the key appointment. Today, hours after the government chose Munir, Alvi was in Lahore to meet Imran. Simultaneously, Defence Minister Khwaja Asif told the media that he hoped the President would not make the appointment “controversial” and would endorse the advice of the PM. And that could be indicative of turbulence ahead. 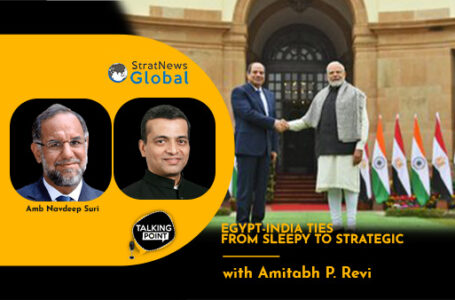