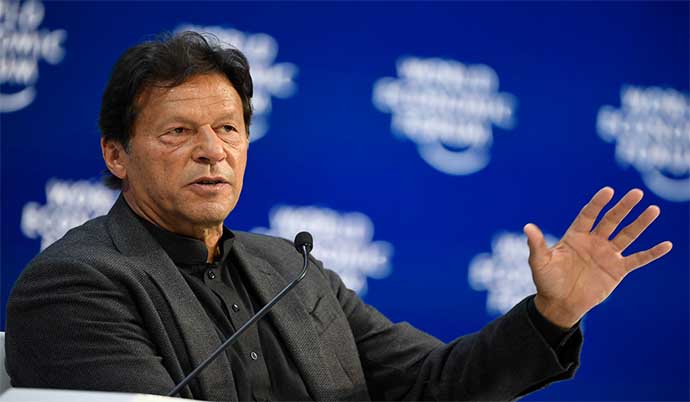 NEW DELHI: Derided, disparaged as “Im the Dim”, Pakistan’s Prime Minister Imran Khan has proved, at least for now, he’s not so dim after all. In an operation that may have been known only to a close circle of confidants, he had the rug pulled from under the opposition move for a no-confidence motion in the national assembly. Elections are scheduled to be held in 90 days for which a caretaker government will be appointed.

In the national assembly, there are reports of turmoil with the opposition rejecting the dissolution of the national assembly and declaring Shahbaz Sharif, PML-N leader, as prime minister. It’s been reported that Sharif may have had doubts about taking over a bankrupt economy with the public in obvious distress, but events clearly have acquired a momentum of their own.

What happens now? The issue is now in the Supreme Court where the Opposition has challenged Imran’s resort to Clause 1 of Article 5 of the constitution which lays down that “Loyalty to the State is the basic duty of every citizen”. Information Minister Fawad Choudhary had alleged that this clause had been subverted because the no-confidence motion was hatched by a “powerful country”. The reference was to Imran Khan naming the U.S. as the country behind the conspiracy (which Washington has denied).

It was alleged that Pakistan’s ambassador in the US was invited to a meeting where he was told that “relations with Pakistan depended on the success of the no-confidence motion. If the motion fails, then Pakistan’s path would be very difficult. This is an operation for regime change by a foreign government,” Choudhary declared. That was enough for deputy speaker Qasim Suri to dismiss the no-confidence motion, giving the prime minister the legal window he needed to get the president to dissolve the national assembly.

While the army may have also been blindsided by the prime minister, there are also hints of divisions within. The Pakistani media is rife with reports that Lt. Gen. Faiz Hameed, currently corps commander in Peshawar, had contacted certain PML-N leaders to foil the no-trust move against the prime minister. Hameed, incidentally, earlier headed the ISI and had spearheaded the election of Imran Khan in 2018. The latter had even locked horns with the army chief Gen. Qamar Bajwa, when he proposed to move him out of the ISI.

Bajwa was suspicious of the nexus between the two and may have feared for his future prospects. That apart, the divergences with Imran Khan have been growing. He’s been making overtures to the U.S., recently condemning the Russian invasion of Ukraine. This is completely at odds with Imran Khan’s finger-pointing at Washington. Also expect him to make the U.S. the main target of his election campaign, which could seriously derail rebuilding the relationship. The army is desperate to return in some manner to Washington’s good books.

Bajwa has also been making friendly noises about India. “Gen Bajwa is keen to improve relations with India,” says Ayesha Siddiqa, London-based scholar who has written extensively on the Pakistan army.

Sharat Sabharwal, former high commissioner to Pakistan, believes that this is only tactical. Bajwa knows his country’s economic situation cannot afford confrontation with India. It explains the relative quiet along the Line of Control and less terrorist infiltration attempts.

The focus is now on the Supreme Court. Sabharwal suspects the court “will be guided or influenced” by the army, the country’s most powerful political force. Note that the army had declared itself “neutral” with respect to Imran Khan, which means the generals do not support him. So the court could nullify the dissolution and reinstate the no-confidence motion in the national assembly. Or it could take a more benign view and decide to go ahead with elections. The army’s say will be the deciding factor but Imran Khan has demonstrated he cannot be taken lightly.