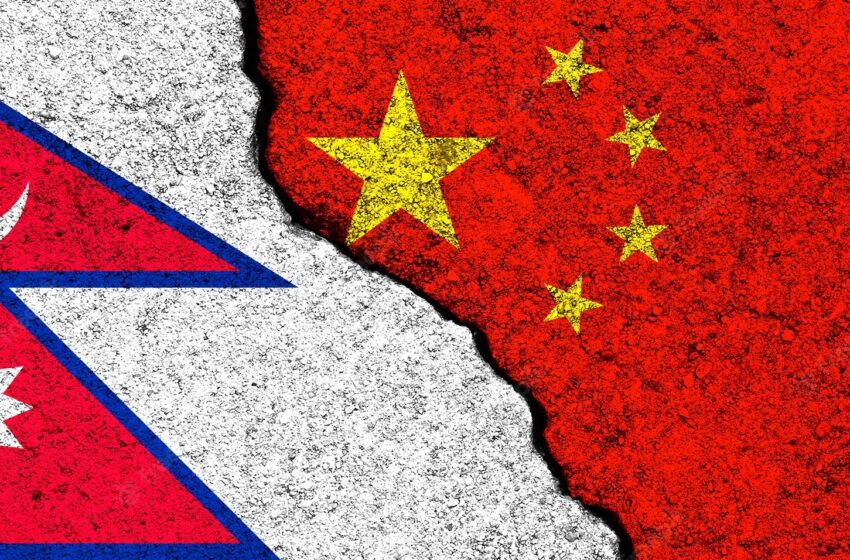 KATHMANDU: There’s something about China which stirs Nepal’s comrades, something which makes them overlook, gloss over or just ignore its transgressions, even those that impact Nepal. For instance, China’s encroachments into Nepali territory are well documented although rarely talked about.

Former prime minister KP Sharma Oli is known to have ignored reports by his own agencies in border districts like Humla in the far north west, about Chinese encroachments, construction of buildings and other infrastructure.  Reports say around 35 hectares has been taken over by the Chinese and border pillars are missing.

Similar reports have come in from other districts bordering China, a point which figured in the election manifesto of the Nepali Congress, where it promised to negotiate return of all Nepali territory.

“But here’s the thing: border security does not appear to matter, whether for the communists or the Nepali Congress,” says Vijay Kant Karna, former diplomat and head of a think tank in Kathmandu. “The Nepal army is not stationed in any of the border areas, whether with China or India. This is by prior agreement and apparently to avoid any unseemly incidents.”

Nepal’s glaciated northern regions bordering China are sparsely populated, the highway network is less developed making movement difficult. The army lacks the capability to operate in such areas although this may be changing. There have been reports of U.S. Army Rangers providing training and other assistance to the Nepal army to overcome these deficiencies.

Until the army is able to bridge the gap, the job of border security is largely in the hands of agencies like the customs, revenue authorities and police, who can do little other than send reports back to Kathmandu.  Even the Armed Police Force, while better equipped than the civil police, lacks resources. Surveillance of any kind may be limited to the summer season.

Things began to improve when, in 2018, the Nepal Army set up the Division of Border Monitoring & Surveillance under a serving brigadier. It works in coordination with some of the other government agencies mentioned above. All reports are then sent to the political leadership in Kathmandu. So, for the record, the politicians are fully aware of what’s going on but politics and ideology hold them back.

The communists, for instance, are notoriously averse to saying anything remotely critical of China. Add to that, an estimated 50 per cent of the electorate (probably more) votes for one of three communist parties. Then, historically, the southern border with India has always drawn more attention given free movement allowed to the citizens of both countries.

But it is the economic dependence on India which is the red rag to the Nepali bull, so calling out the former for any real or imagined fault comes easily.  Blockades by India, any decision by Delhi that impacts Nepal economically or politically is an occasion for much finger pointing and drum beating.

Contrast that with the situation in Tatopani bordering China. An undeclared blockade has been in force since the Covid pandemic, choking off the supply of goods to Nepal. It was opened briefly sometime in September to coincide with the visit of a Chinese leader Li Zhanshu, but after he left the controls returned.

“Before there would be a queue of 100 containers going back and forth daily,” recalls Vijay Karna, “but today only their (China) containers come through. They also shut border points without informing Nepal.”

Despite the economic cost and the suicides by local businessmen hard hit by China’s blockade, it’s hard to find Nepali politicians making a noise about their northern neighbour.

Nor is China inclined to discuss its encroachments into Nepali territory.  On record Beijing has told Nepal’s foreign minister during a visit two months ago, that these issues would be talked over. But until now nothing and don’t expect Nepali politicians to raise a storm over the matter.