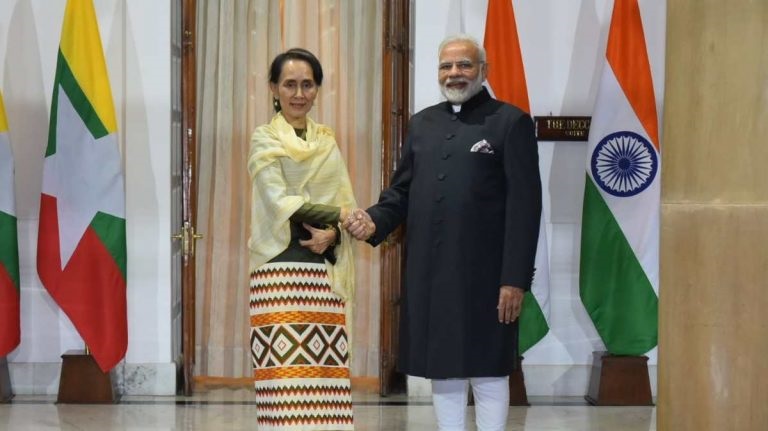 NEW DELHI: The ASEAN summit in Jakarta appears to have given considerable rope to the Myanmar military junta. That is the view of many critics. But the sense in India is better ASEAN than some other countries.

“The last thing we want is for Myanmar to become another proxy battle ground for the superpowers,” a top government source told StratNews Global. “The ASEAN initiative may have its weaknesses but diplomacy is about one step at a time, gauging implementation and impact. It must be given a chance.”

The national unity government comprising members of the ousted government of Aung San Suu Kyi has welcomed the ASEAN initiative. Dr Sasa, spokesman for the ousted MPs now in hiding, said: “We look forward to firm action by ASEAN to follow up its decisions and restore our democracy and freedom for our people and our region.”

Gautam Mukhopadhaya, former Indian ambassador to Myanmar, argues that while India has welcomed the ASEAN initiative, it would be even better if the latter took Delhi on board. His point is that Myanmar is India’s neighbour, it has a democratic structure (until recently) that can accommodate ethnic aspirations. India’s relations with the military junta are also good, an important point when taking into account the fact that the junta may not have too many friends when it looks outside.

“Thailand is one possibility and probably the inspiration for the coup that toppled the civilian government,” Mukhopadhaya says, “but the Thai President was not present at the Jakarta summit for reasons that are not clear. India, on the other hand, has a good equation with the junta and they trust us.”

But Mukhopadhaya says India must also look beyond the security dimensions of its relations with Myanmar.

“The mass uprising against the military is an indication that the people are no longer willing to suffer under another general,” he says. “The junta may believe it has the upper hand and at some point the people will give up through sheer exhaustion but I suspect they could be wrong.”

The refusal of thousands of government servants to return to work, the boycott of hospitals, factories and even ports suggests a determination to fight the junta no matter what the cost. These are developments India needs to take note of, Mukhopadhaya argues. “Looking at Myanmar merely through the security lens is not fair to its people who have had enough.”

India could even work with China, which would also want stability to prevail in a country where it has made considerable investments.